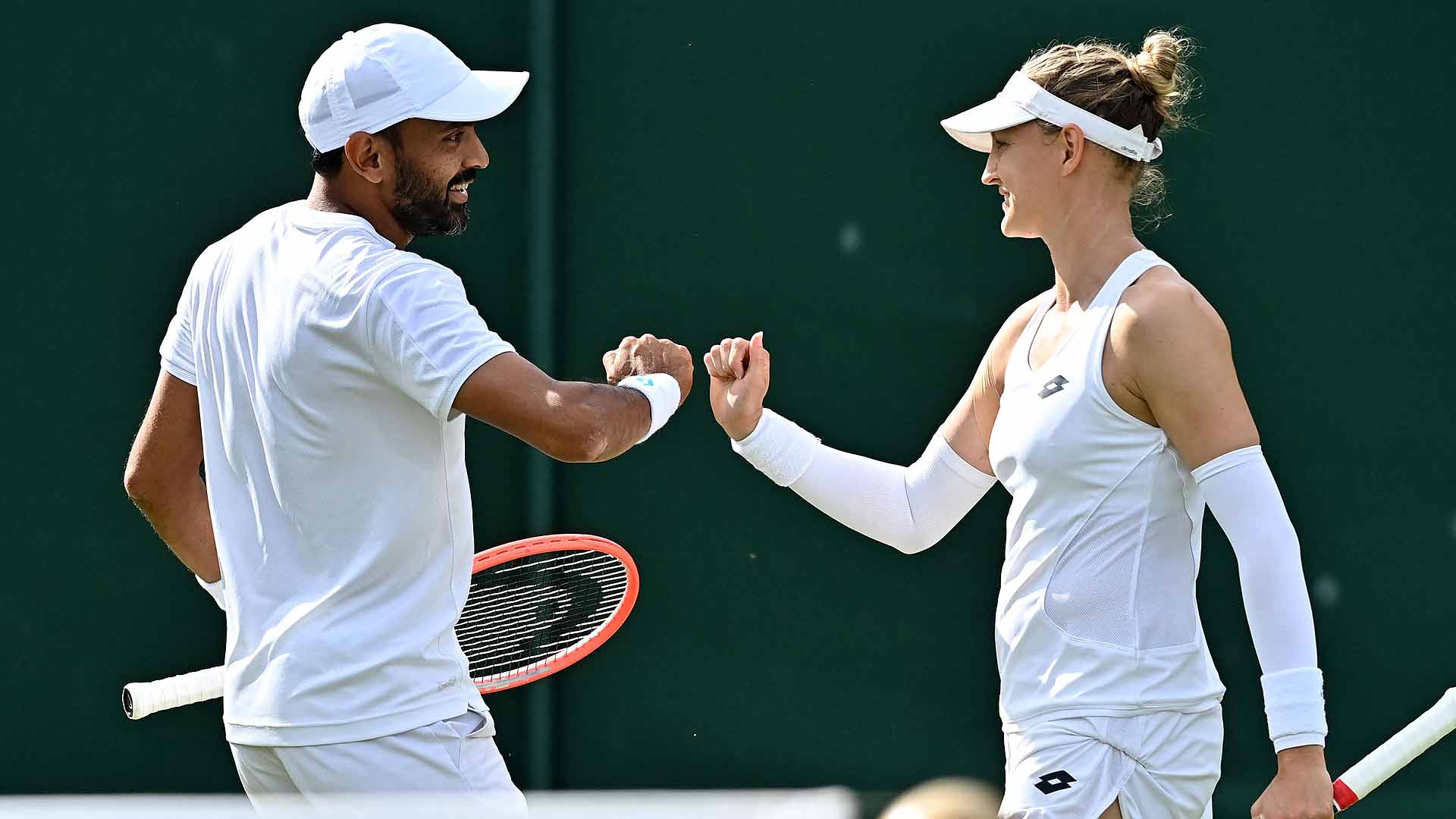 Divij Sharan and his wife Samantha Murray Sharan’s dream of playing at Wimbledon together finally reached fruition after seven years – and to top it all they won their first-round mixed doubles match on Friday.

Sharan, 35, and Murray Sharan, 33, beat Uruguayan Ariel Behar and Kazakh Galina Voskoboeva 6-3, 5-7, 6-4 in a match that had a lengthy interruption due to a ball girl being injured.

During the thrilling three-setter on Court Four, they restrained themselves in touching elbows after points but at the end, they allowed themselves a hug….or two.

Their restraint is in line with the husband and wife pair admitting neither of them are very outgoing.

This was clear from the outset when their doubles partners at the time – who knew each other – introduced them at a tournament in 2012.

“Neither of us are particularly outgoing so we still don’t know how we managed to speak to each other,” said Samantha.

“One of us eventually plucked up the courage to speak finally!”

It took another six months before they crossed paths again and then Cupid worked his magic.

“I was training before a tournament which he was playing in,” said Murray Sharan.

“I ended up there on my own and I trained with him and his group.

“We spent a lot of time together for the next few months and now here we are!” she added laughing.

They have been a couple for eight years and in 2019 not satisfied with tying the knot once in Manchester in July they then repeated it in India in November.

“We decided to have two ceremonies so that we were able to celebrate both of our cultures and traditions which are important to us, with our family and friends from each side,” Sharan said at the time.

Their efforts, though, to play at Wimbledon did not meet with similar success.

“In the meantime Divij played with other partners as I was not highly enough ranked.

“It’s been a long time coming!”

Both were able to fine-tune their skills together – “volleying in the back garden” said Sharan – during the coronavirus pandemic lockdown which other mixed doubles partners were unable to do as they did not live together.

“We also watch each other’s games so we instinctively know our moves,” said Murray Sharan.

For Murray Sharan, Friday’s victory tasted even sweeter as it was her first ever victory at a Grand Slam tournament – Sharan has gone as far as the quarter-finals in the 2018 men’s doubles at Wimbledon.

“This time round we said we would stick with each other and got in as alternates so it is very special to share the court with Sam.

“It is the first win for Sam at a Grand Slam as well so it is extra special.”