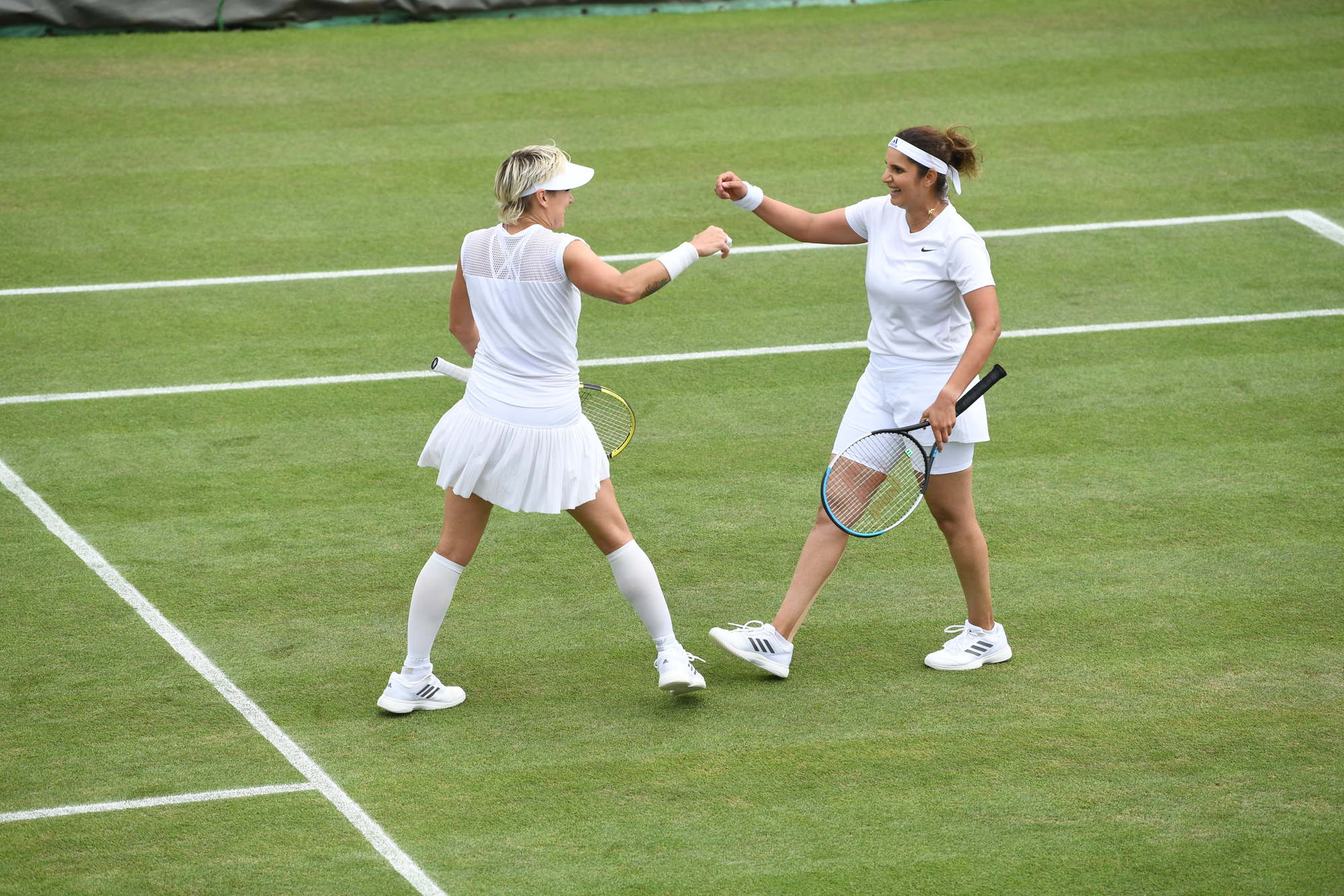 Sania Mirza and her American partner Bethanie Mattek-Sands knocked out sixth seeds Desirae Krawczyk and Alexa Guarachi to move to the second round of the women’s doubles event at the Wimbledon Championships, here in London, United Kingdom on Thursday.

Sania and Mattek-Sands were a bit rusty at the start but once they got their rhythm they dominated the match and won 7-5 6-3 against the American-Chilean combination in one hour and 27 minutes.

Pressure was put on the Indo-American pair early in the match when Mattek-Sands served the third game that featured seven deuce points.

The American served three double faults in a slow start but eventually held the game after saving three break points.

Sania and Mattek-Sands too had two opportunities to break their rivals but the American fluffed a volley from the net before left-handed Desirae served extremely well to eventually hold.

Guarachi hit a forehand wide at 15-30 to hand two set points to their rivals in the 12th game. It was the chance that Indo-American pair did not squander with Sania finishing off the set with an overhead smash.

In the second set, Sania and Mattek-Sands opened up a 3-1 lead when they broke Guarachi again.

Mattek-Sands’ low backhand return was hit back uppishly and Sania latched on to that with an unreturnable smash. With a 3-1 cushion at hand, Sania and her partner never looked back.

With Ankita Raina taking the court later in the day with American partner Lauren Davis, there will be a bit of history for Indian tennis at the Championships as for the first time, two women players from the country are competing in the main draw of a Grand Slam.

For Ankita, it will be her third successive appearance at a tennis major, having made her debut at the Australian Open this year.

Sania has been the lone Indian competing at the biggest stage of the game since 2005.

Before that, Indian-American Shikha Uberoi had qualified for the US Open women’s singles in 2004 and also won her first round against Japan’s Saori Obata before losing to Venus Williams.

Shikha never could make the Grand Slam main draw again and after that it was Sania who kept India represented on the WTA tour.

Way back, Nirupama Vaidyanathan was the first to crack a singles Grand Slam main draw in 1998 at the Australian Open, while Nirupama Mankad played the 1971 Wimbledon mixed doubles with Anand Amritraj.