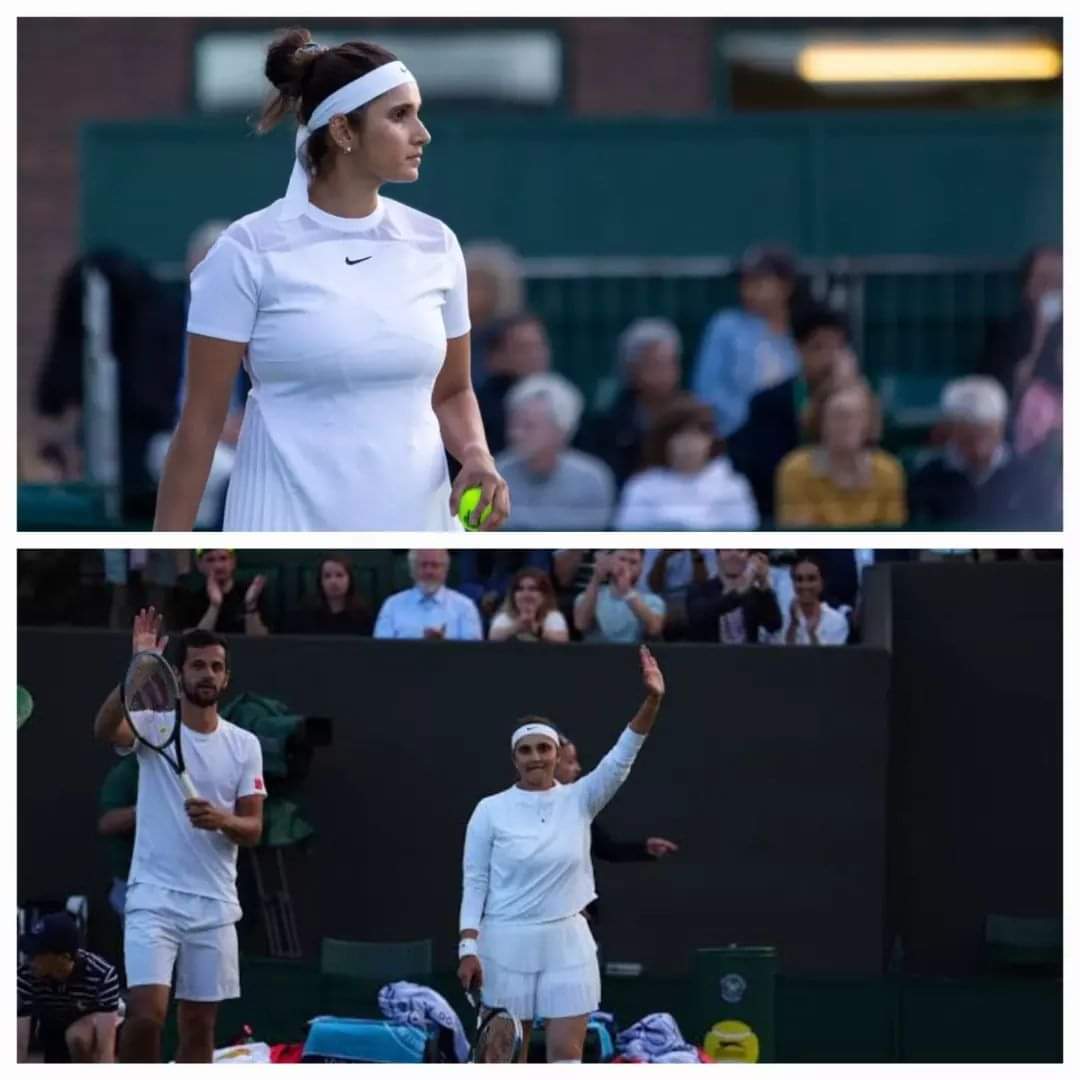 India’s most accomplished woman tennis player, Sania Mirza bids adieu to Wimbledon after her semi-final defeat in the mixed doubles. Sania and her Croatian partner Mate Pavic ended the tournament in despair after they bow down 6-4 5-7 4-6 to the defending champion Neil Skupski and Desirae Krawczyk in Semis.

The 35 years Indian Tennis star has earlier announced that she would hang up the racquet after the 2022 season.

Her Wimbledon journey started at the junior level back in 2001 and ended in 2022 with heartbreak in the mixed doubles semi-final. A journey that lasted for 21 years…! 21 years of Love, Passion, Joy, Tears, Perseverance, Grit, dedication, and Consistency.

A total of six Grand Slam titles Sania Mirza won so far, including three mixed doubles. Had Sania won the mixed doubled title at the 2022 Wimbledon, she would have completed a Career Slam in mixed doubles.
In 2015 she won the Women’s Doubles title at Wimbledon, pairing with Martina Hingis.