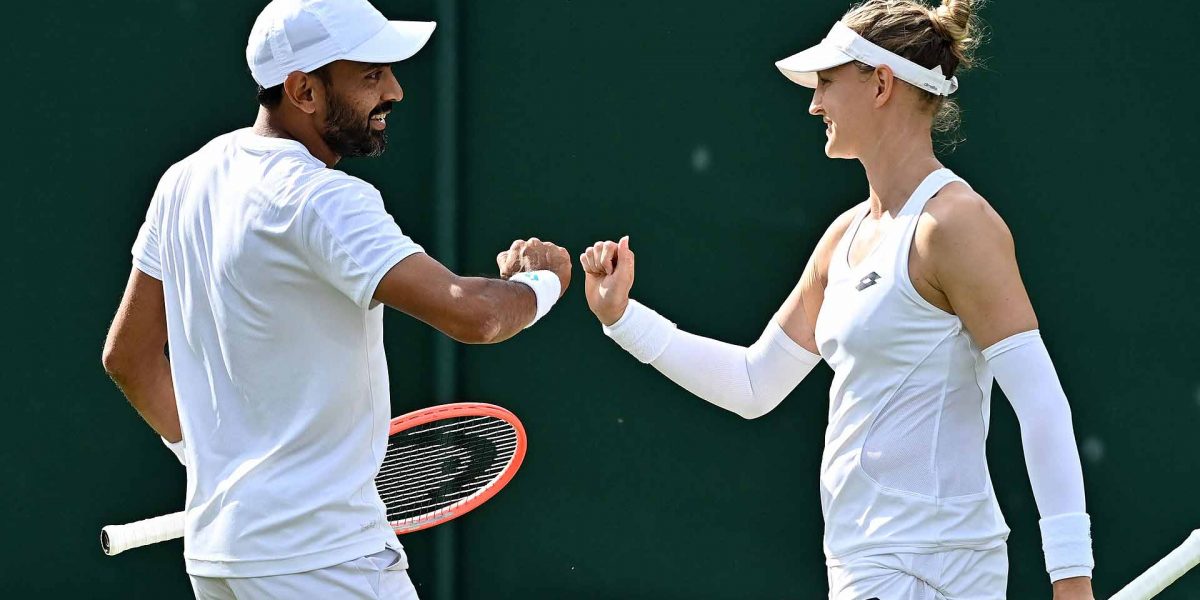 Divij Sharan and his wife Samantha Murray Sharan’s dream of playing at Wimbledon together finally reached fruition after seven years – and to top it all they won their first-round mixed doubles match on Friday. Sharan, 35, and Murray Sharan, 33, beat Uruguayan Ariel Behar and Kazakh Galina Voskoboeva 6-3, 5-7, 6-4 in a match that had a lengthy interruption