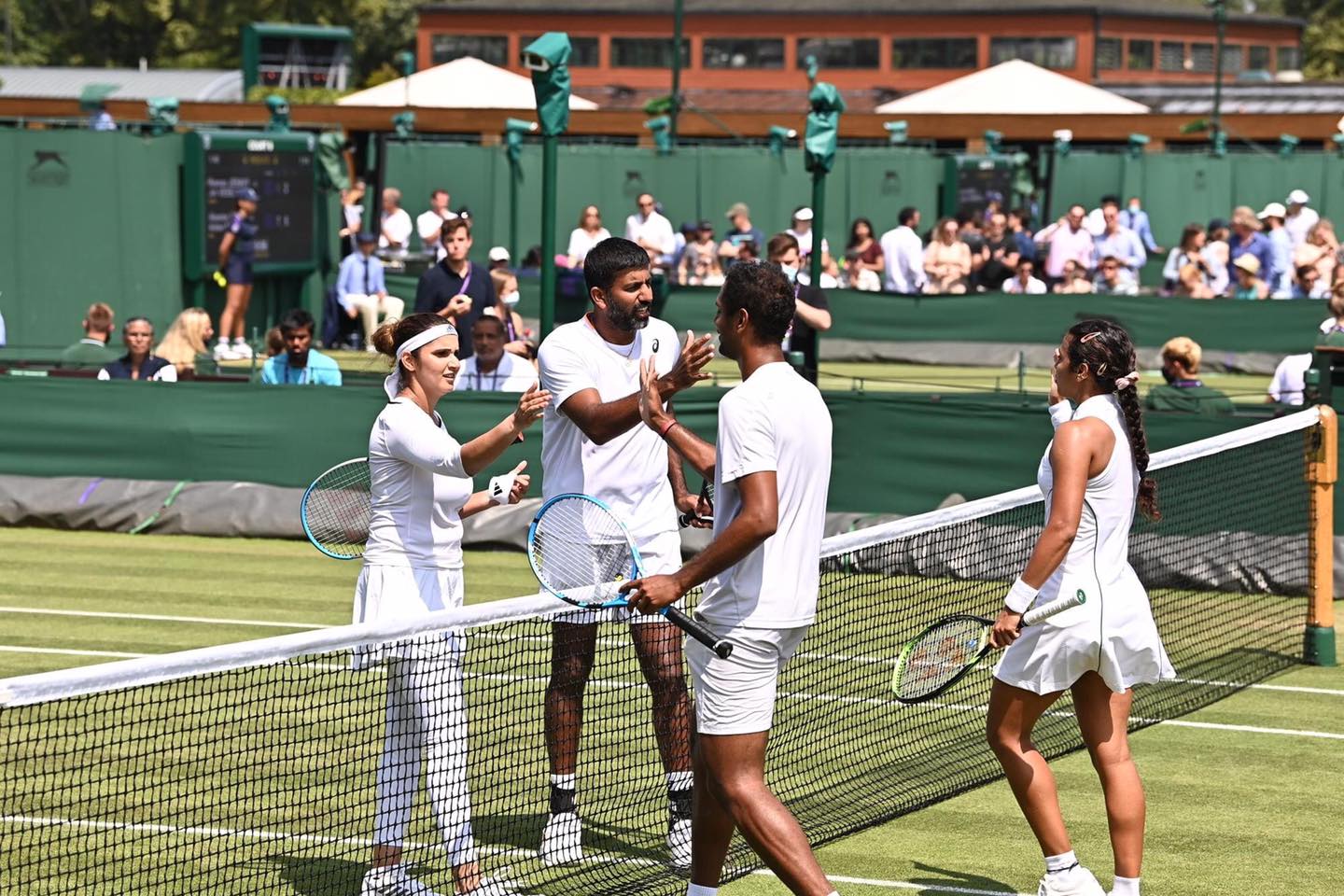 The experienced pair of Rohan Bopanna and Sania Mirza defeated the brand new combination of Ramkumar Ramanathan and Ankita Raina 6-2 7-6 (5) in the historic all-Indian mixed doubles first-round match at Wimbledon here on Friday. It was the first time in the open era that two Indian teams competed against each other at a Grand Slam tournament.

The contest finally brought a Grand Slam debut for Ramkumar, who has made 21 attempts to qualify for the singles main draw of a tennis major. While the first set ended quickly in favor of the veterans, Ramkumar and Raina presented a good fight in the second set, which even they led for a brief period with a break of serve.

Bopanna was clearly the best player on the court with his powerful serve and solid groundstrokes from the baseline as well as the ability to execute a superior net game. On expected lines, Ramkumar served big while Raina gave her all after growing in confidence.

Mirza’s serve is still not at its best and would improve as she plays more matches. Mirza has moved has also moved to women’s doubles second round with Bethanie Mattek-Sands while Raina and her American partner Lauren Davis lost in straight sets to the US pair of Asia Muhammad and Jessica Pegula on Thursday night.

The 14th seeds disposed off the challenge from the Raina-Davis pair 6-3 6-2 in 70 minutes. Bopanna and Divij Sharan are already out, having lost their men’s doubles opening round match.