HomeUncategorized Vladyslav Orlov justified the singles crown, the dream run continues for the Niki-Rithvik duo in the doubles 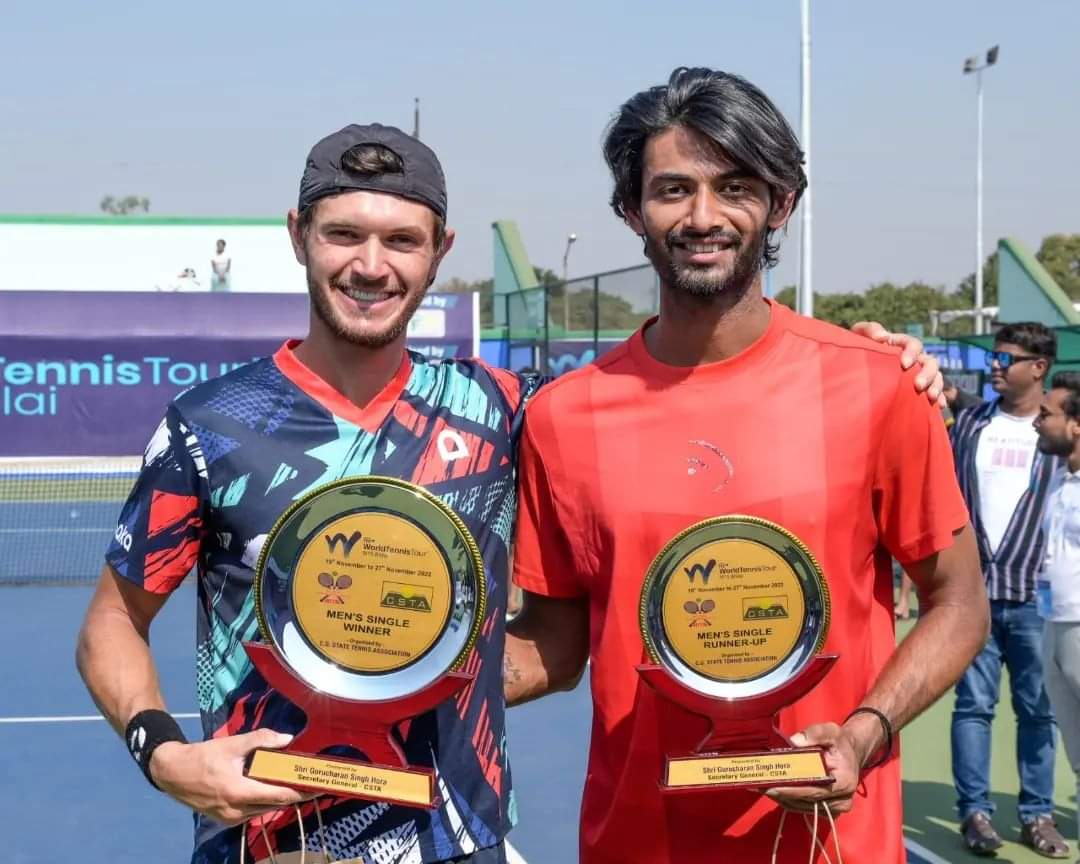 The top seed in the men’s draw, Vladyslav Orlov came out victorious in the men’s final in Bhilai. The hard-court ITF M15 tournament, scheduled from the 21st to the 27th of November, ended with heartbreak for Indian fans.

The hope was high around the 27-year-old, Niki Kaliyanda Pooncha, who hadn’t lost a single set so far in the tournament. The Tamilian had defeated the star teenager, Karan Singh in the semis to get through to the final. Having won the doubles event with Rithvik, the hope for a perfect ending was denied by the Ukrainian with a straight-set win 6-1, 6-4.

The Ukrainian earlier defeated Ryotaro Matsumura by 6-1, 6-2 to advance into the final. It was the 4th ITF title for Orlov the most recent being the Jerusalem tour in early November. Orlov, who currently holds 420th ATP ranking, had to retire from the 1st round in the Mumbai M25 tournament against Indian Siddharth Vishwakarma, who, coincidentally, was the only one to win a set against Orlov in Bhilai.

One Bright spot for The Indian fans was the 19-year-old Karan Singh, who put up a good fight against Niki in the semi-final match before losing focus in the 2nd set tiebreak and losing 7-5, 7-6. He looked promising and might well be seen in ATP rankings top 200 within 2 or 3 years, if he continues playing like this.