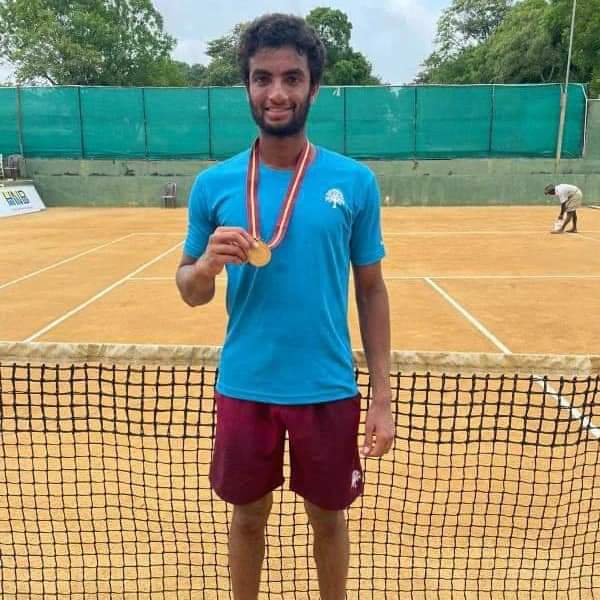 Manish SureshKumar emerged as a champion beating the top seed Quentin Folliot of France in the Singles final at the $15,000 ITF Challenger in Colombo, Sri Lanka, on Sunday 24th July 2022. This is the 3rd singles title for Manish in the professional circuit.

It has been a season to remember for 22 years old Manish as he justified his good form with a fairy tale epilogue on Sunday afternoon in the capital city of Sri Lanka.

In a tournament where several good Indian players made it to the quarter-finals, Manish kept beating almost all the good ranked players, starting from six-seeded Nitin Kumar Sinha in the quarter-final. In the final, he just smashed 6-4 6-0 for a dominant victory over top-seed Frenchman and bagged the 2nd title of the month after $15,000 Tunisia challenger in doubles, pairing with Sai Karteek Reddy.

In doubles, it was all about the Indian pairs. 10th ranked Indian more paly, SD Prajwal Dev in a partnership with Rishi Reddy, prevailed over another Indian pair, 4th seeded Manish Sureshkumar / Parikshit Somani in the doubles final and clinched the glory.