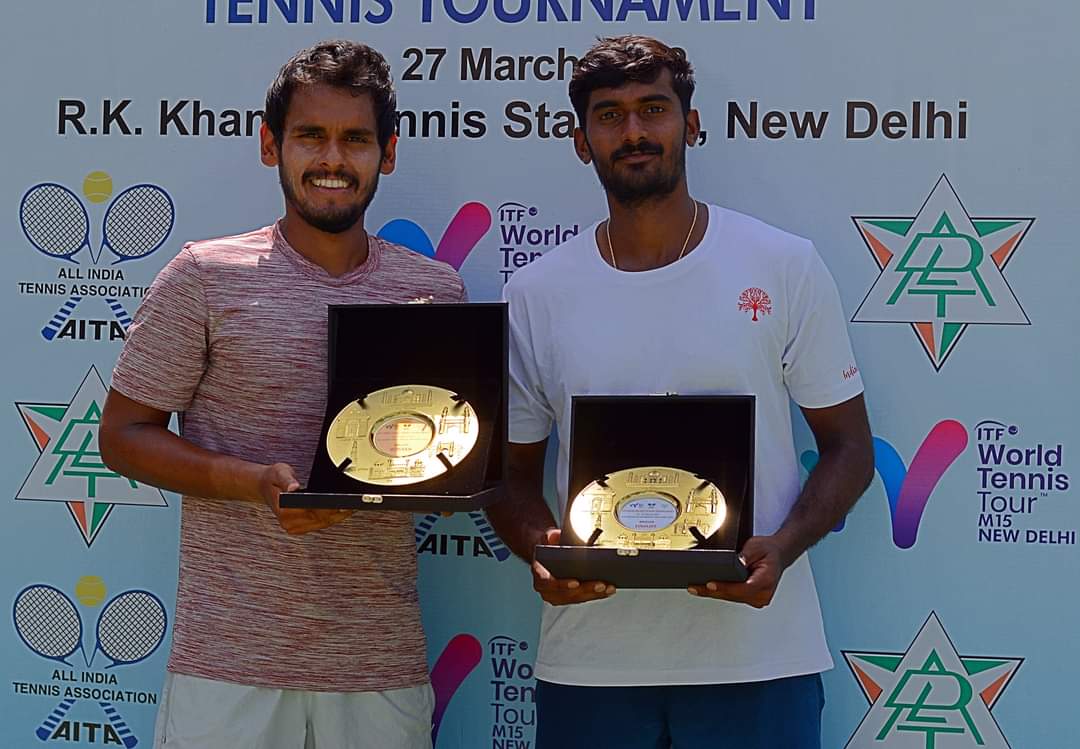 Finally, the second career title for Sidharth Rawat in professional Tennis. He has enjoyed a fine run of form in the ITF Men’s $15,000 tournament here at the RK Khanna Tennis Stadium in New Delhi, on Sunday, culminating in the elusive title as he comfortably beats Prajwal Dev 6-3, 6-2 in the final. The UP-born Star looked professional and determined on his way to lifting the trophy in the final as he took only an hour and thirty-seven minutes to conquer his opponent.
On the other hand, Prajwal Dev had to beat several good players to reach the final but never looked extraordinary in front of Sidharth.

“Winning a tournament is always very special, but this one is greater probably because it’s my first title in India that too in my home ground. So nothing is better than this. I won my first title in Thailand way back in 2019, before Covid stepped in and smashed everything. Since then it was very tough for me to get back the momentum. So thanks to the management for having so many tournaments back to back and helping everyone to get the rhythm back”.Siddarth quoted on a high note after the final.

“hard luck to Prajwal but I would like to congratulate him for putting up such a fabulous performance from the beginning of the tournament. It was his first appearance in the final in singles, I guess that helped me a bit on a particular day.” later he added

On the other hand “I think I played some solid Tennis to reach the final here in Delhi. In the first round, I won against 5th seed Julian Cash from Britain with whom I lost a couple of weeks back. Then I had to beat Yann Wojick from Poland where I won three sets to reach the final, but today Sidharth had a great day on the field, he played extremely well and got what he deserved. Hope in next time I can go one step further to lift the title”.Prajwal said after the final, who has been playing on the pro circuit for the last six, seven years and won the first doubles title in Harare, Zimbabwe way back in 2019.

Now both of them will go to Thailand for a sequence of tournaments to keep up the impetus.