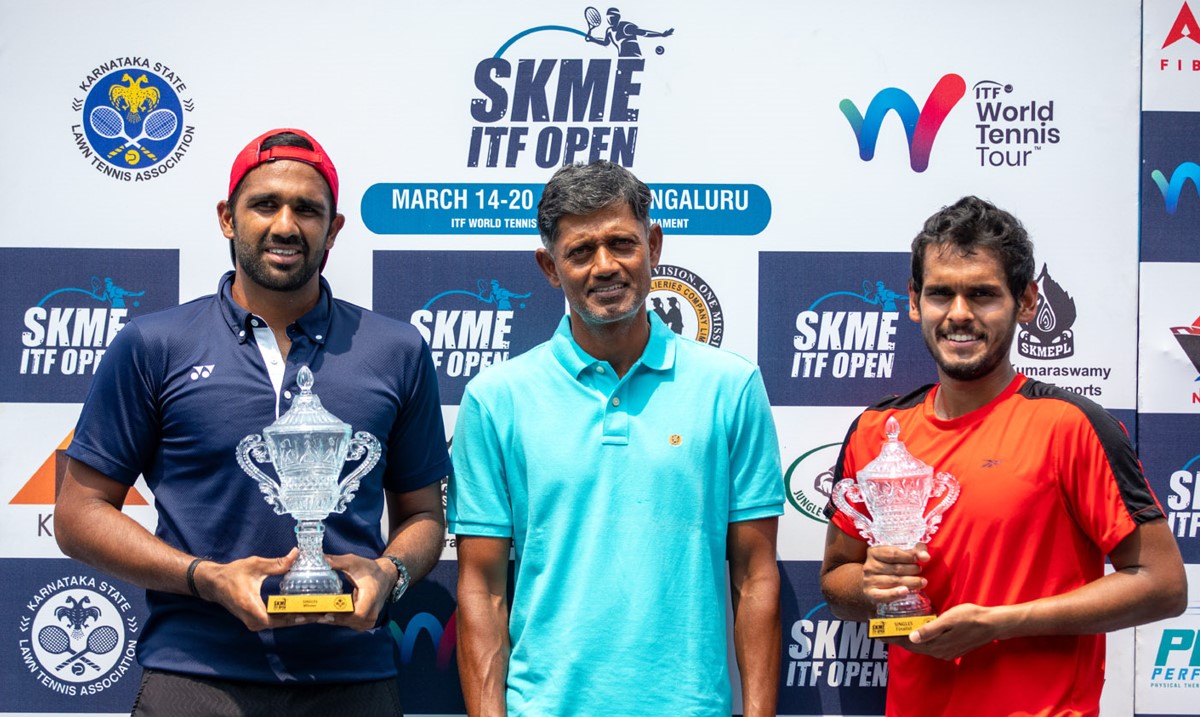 Bengaluru, March 20: Fifth seed Arjun Kadhe of India completed a golden double after he wore the singles crown defeating second seed and compatriot Sidharth Rawat 6-3, 3-6, 6-1 in the final of the US $ 15000 SKME ITF Open which concluded at the KSLTA Stadium here on Sunday. The 28-year-old had won the doubles title yesterday and garnered a back to back ITF title after the win in Bhopal last Sunday where incidentally Rawat had finished as the bridesmaid.

“Winning the first set was very important in these conditions,” said Kadhe who opened up a 3-0 lead with a break in the second game. While Kadhe adopted an aggressive approach, Rawat played defensively and waited for his rival to make a mistake, which Kadhe didn’t oblige most of the time. The rest of the games went with the serve as Kadhe took the first set at 3.

With the players tied at 3-3 In the second set, one loose shot by Kadhe changed the momentum in favour of Rawat who broke his rival’s serve in the sixth and eighth game to come back into the match strongly. However, the spurt lasted for a brief period as Kadhe upped his game and didn’t give his opponent a semblance of a chance to bounce back into the match after he led 3-0 with a break in the second game. The best Rawat could manage to do was to hold his serve in the fourth game as Kadhe served with purpose and came up trumps.

“I really enjoy playing in Bengaluru. I am happy to end up as the winner three times during these last two weeks,” said the champion who earned US $ 2160 but more importantly 15 ATP points while Rawat was richer by US $ 1272 and collected eight ATP points.