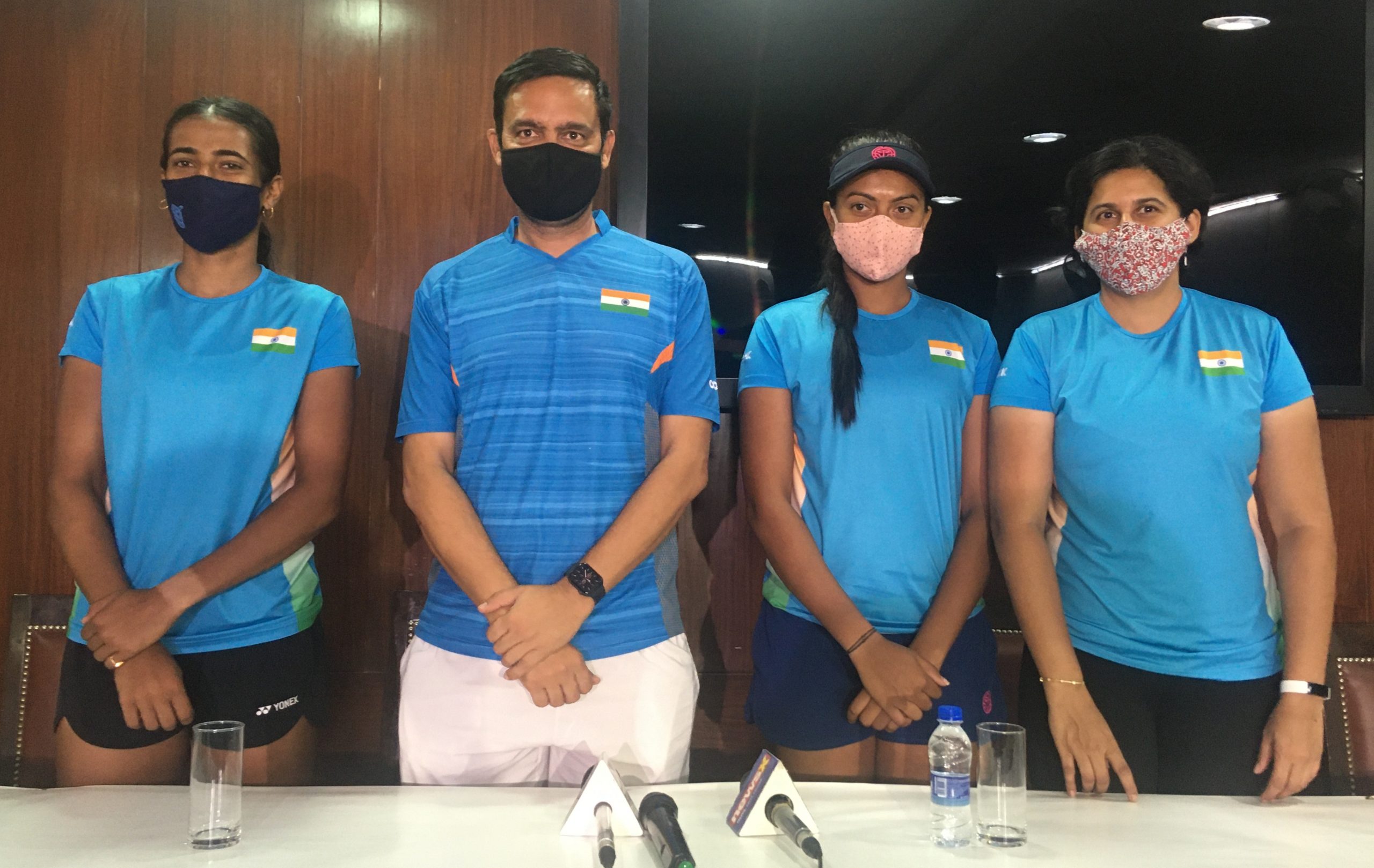 India to make historic maiden appearance in World Group in an away tie
Indian team is geared up for their historic first Billie Jean King Cup Play-offs challenge and is flying out of India tonight to take on more fancied opponents Latvia on 16-17 April 2021 at National Tennis Centre Lielupe, Jurmala, Latvia.

Team India was promoted to the Billie Jean King Cup Play-offs last year in March after finishing second in the Asia/Oceania Group I event in Dubai, beating Uzbekistan, Korea Republic, Chinese Taipei and Indonesia en route to the Play-offs qualification.

Vishal Uppal, who led the Indian side to its historic maiden promotion to World Group, will continue as the Captain and joining the team as Coach for the Play-offs tie will be Radhika Tulpule Kanitkar, former Billie Jean King Cup (previously known as Fed Cup) player.

“The team is highly motivated after having achieved the historic promotion to the Billie Jean King Cup Play-offs. We are aware of the uphill task we have at our hands. Playing a strong side like Latvia, in their home conditions, will be a challenge and we are prepared to take this challenge head on. I am confident that we will give it our best and hopefully we can further stretch our winning run in the Billie Jean King Cup,” said the Indian non-playing captain, Vishal Uppal.

Both Ankita Raina and Sania Mirza have a rich experience at the Billie Jean King Cup, having played 29 ties each in their playing history for the country and will be leading the challenge in the first meeting between the two nations in the World Cup of Tennis.

Raina has displayed good form in the season 2021, making her Grand Slam debut at the Australian Open and also became the second Indian player to lift a title (doubles) – Phillip Island Trophy 2021 – on the WTA Tour in February. Whilst Mirza, India’s most decorated female tennis player, will be eager to lead the side to a yet another famous achievement and write one more golden chapter of Indian tennis glory in the history books.