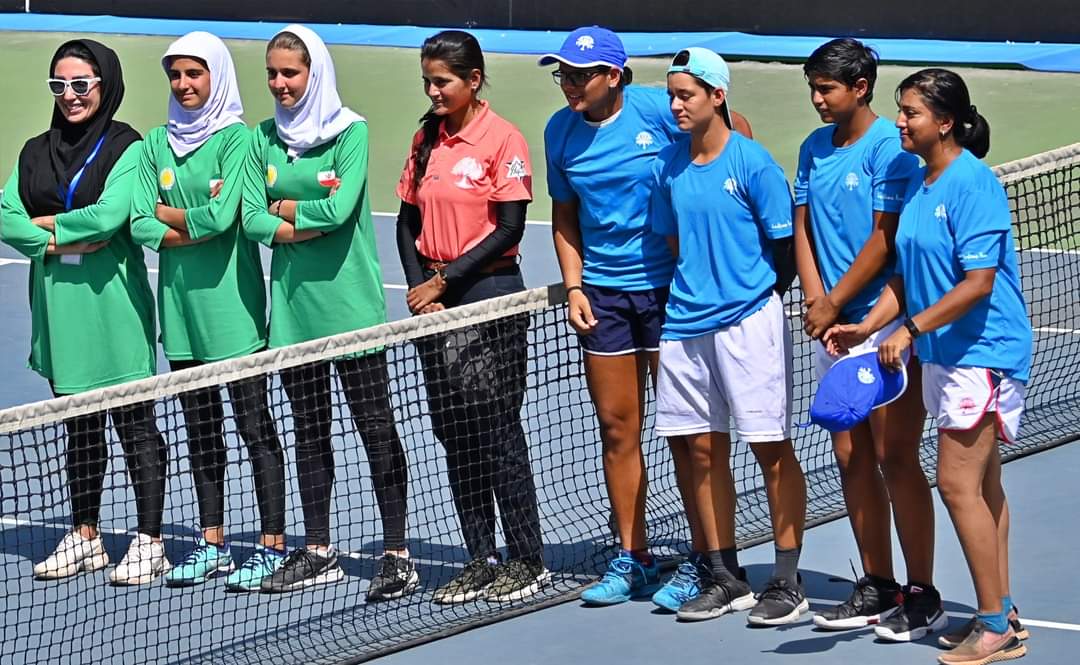 By Sujoy Roy | AITA
What a scintillating day of Tennis it was! Finally, the teams who held their nerves better in tricky situations, quailed for the knockout stage eventually. The host India easily managed to fix a spot in the quarterfinal as the duo Shruti Ahlawat and Niyati Kukreti continued their sublime touch. Today, the captain of team India Archana Venkatraman sent Riya and Niyati for the doubles but after a few minutes, she had to withdraw the players as Riya was facing an issue with her ankle.

“ I am very much happy and satisfied with the way girls have played so far. Riya’s injury is not that big but still, I called it off because I did not want to take any unnecessary risks before the knockout stage. Surely she will be fit and fine for tomorrow. The girls are very much eager and excited to play in the quarter-final”. Archana said today after the final match against Iran.

A tour to forget for Sri Lanka, as the visitor lost all the nine group stage matches from day one. On the other hand, Thailand shocked everyone the way they have played today and in the end, they defeated one of the pre-tournament favourites, Australia.