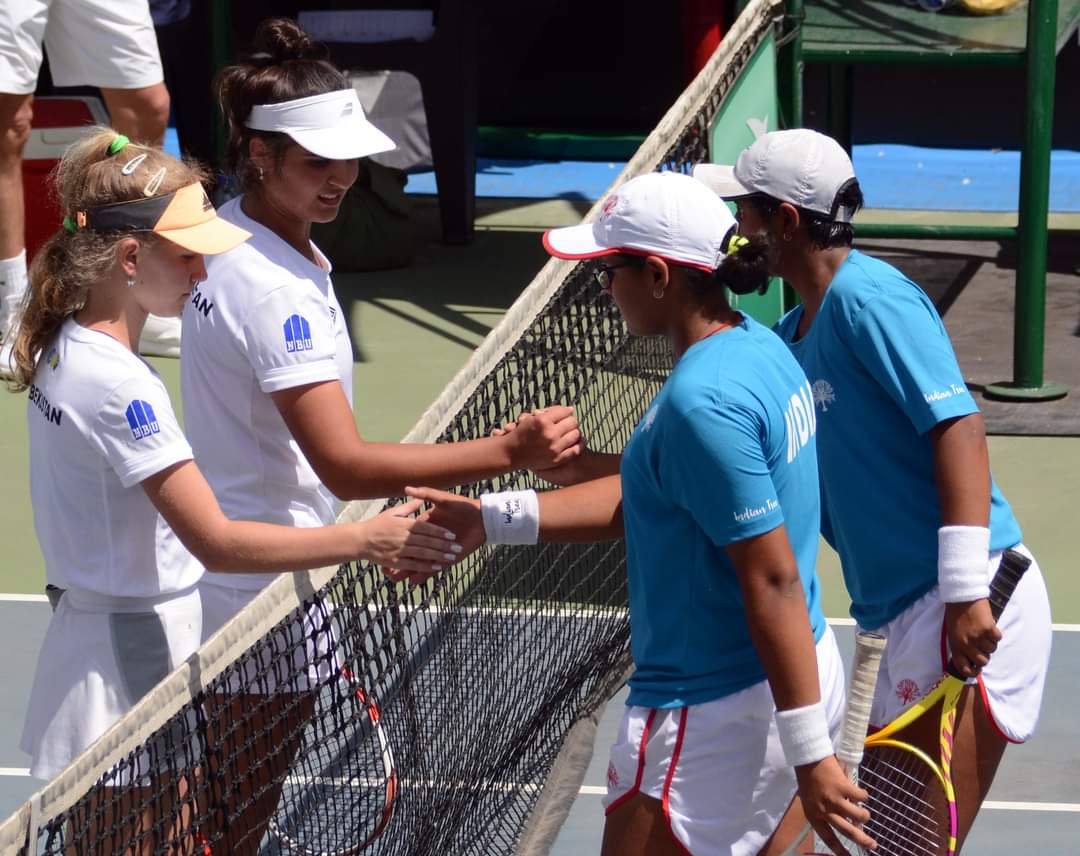 A fabulous day of Tennis on all the courts on day two. It’s almost the replication of day one where teams like Japan, Korea Rep, Thailand, and Kazakhstan won all their matches and gave little chance to their opponents.

Teams like India, Australia, and Iran won two out of the three matches on day two. Srilanka lost all its matches like on day one and they are still trying to get the first win in the mega event.

The fate of the host has been the same so far in the tournament, like day one, on day two they lost the opening match and then went on to win the rest two matches. Our duo Shruti Ahlawat and Niyati Kukreti continued to deliver fabulously on the court as the team India enters the quarterfinal on day two. The host will face Iran on Wednesday as it’s the last match of the league. At the moment Iran looks so strong after they conquered Malaysia by 2:1 on day two.