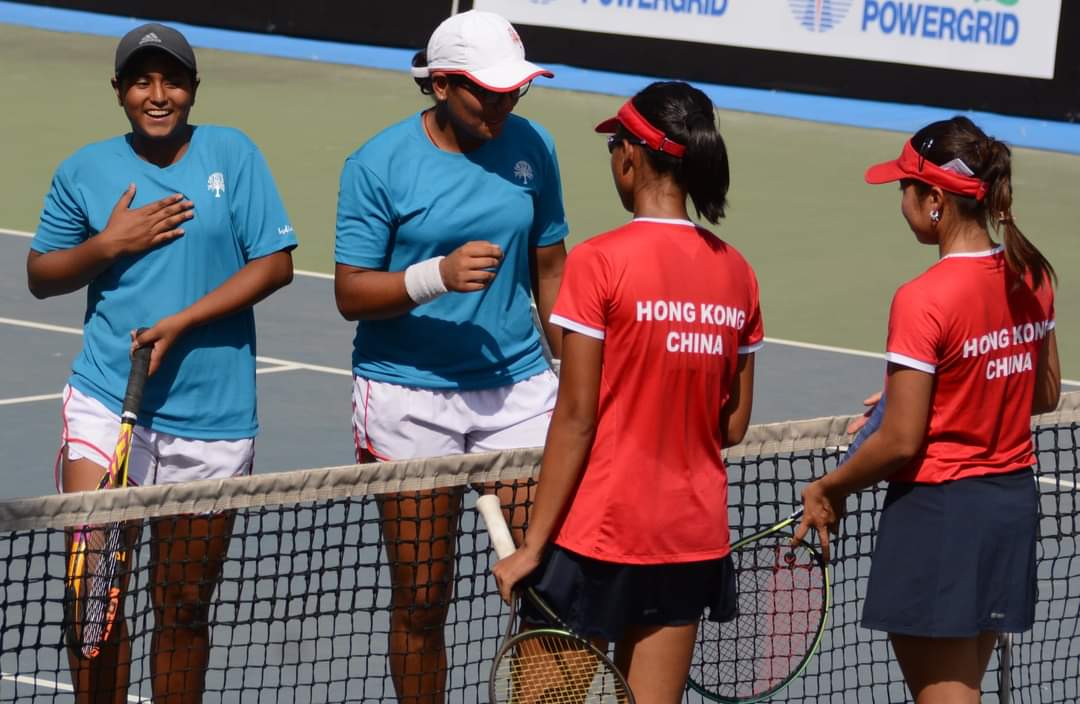 It was not an ideal start in the morning for India when Niyati Kukreti lost the first match, but once again it was the indomitable Shruti Ahlawat who played the second singles and won it with consummate ease.

India is through to the semis in the 2022 Asia/Oceania JBJKC Final-Qualifying on Thursday, 7th March 2022.

“So far, everything is going as per our plan. I am very confident regarding the semi-final. I know Thailand is a very strong team but I believe that the way the girls are playing right from the first match, on our day we can beat any opposition. That’s why we want to focus on our basics and process more, rather than thinking about the opposition – Captain Archana Venkataraman said after the quarterfinal.

Tomorrow, India will face the table topper of Group-B, Thailand, who outplayed Korea Rep in the quarterfinal to make it to the semis.

Thailand won the first two matches in straight sets to move to the next stage. They chose not to play the Doubles as the heat has already started taking its toll on the teams.

Japan, who look so formidable from the beginning of the tournament, knocked out Uzbekistan quite convincingly and also chose not to play the last game as they were already through.

Apart from Thailand, the other team from Group-B, Australia, got a ticket to the semis after their quarter-final victory over Kazakhstan.

Tomorrow on a super Friday, fans will cheer for their teams for a ticket to the final.

Results of the quarter-finals. Day-4