HomeUncategorized World No. 17 Cilic cruises into quarter-finals at the 5th Tata Open Maharashtra 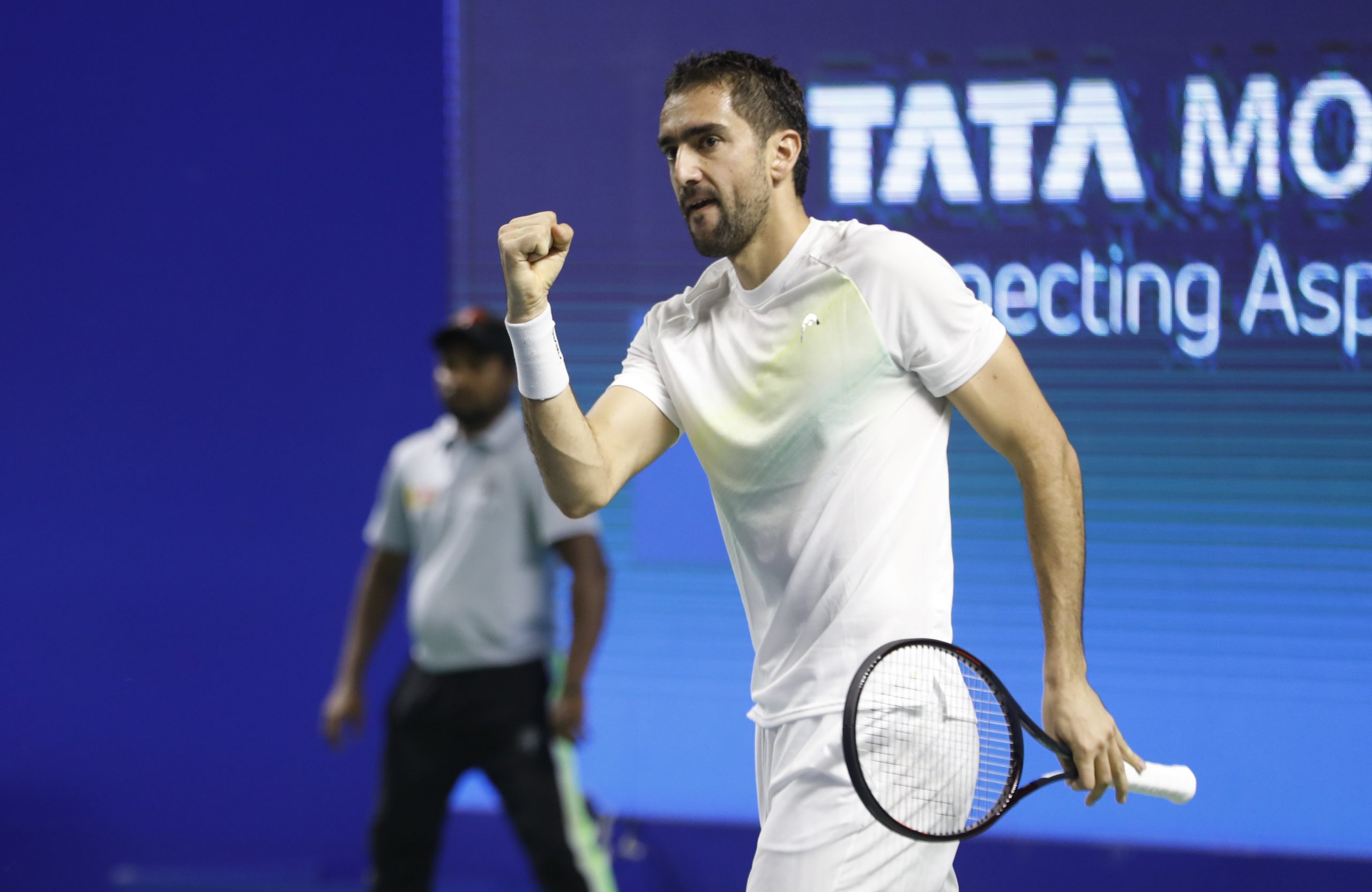 Marin Cilic made his way into the singles quarter-finals at the fifth edition of the Tata Open Maharashtra after beating Roberto Carballes Baena 6-3, 3-6, 6-1 in an exciting contest at the Balewadi Stadium in Pune on Wednesday.

The 2014 US Open champion Cilic, who received a bye in the opening round, made a dominating start in the match and took the first set without breaking a sweat.

However, Baena, the former World No. 8 junior, made an impressive comeback in the second set. The 29-year-old Spanish player took a 5-2 lead before winning it comfortably to take the match into the decider.

Top-seeded Cilic got his act together in the crucial third set as the former World No. 3 Croatian took an early 3-0 lead and did not let the momentum slip away before clinching the set as well as the match easily in the end.

He will face Tallon Griekspoor in the quarter-finals on Thursday. The World No. 95 Griekspoor beat Marco Cecchinato 6-4, 6-4 in the second round.

The World No. 60 French star Benjamin Bonzi sent packing the No. 3 seed and the last edition’s runner-up Emil Ruusuvuori 6-1, 7-6 (4) in an intense match. The World No. 62   Pedro Martinez, on the other hand, pulled off a sensational come-from-behind 3-6, 6-1, 6-3 victory against fourth-seeded Sebastian Baez, who is ranked 43 in the world.

In the other singles matches, the No. 8 seed Aslan Karatsev overcame the challenge of Tim van Rijthoven by 7-6 (7), 7-6 (8) in a thrilling match, wherein both the sets were decided into tiebreakers. The Dutch star Botic Van De Zandschulp, who received a bye in the opening round, got the better of the qualifier Flavio Cobolli by 7-5, 6-4.

Maximilian Marterer and Filip Krajinovic were the others to make it to the quarter-finals.

And the day 3 of the TATA Maharashtra Open ends with heartbreak for the Indian fans as the local boy Arjun Kadhe and his Brazilian partner Fernando Romboli were overpowered by Nathaniel Lammons/Jackson Withrow in the straight sets 7-6(6) 6-2.