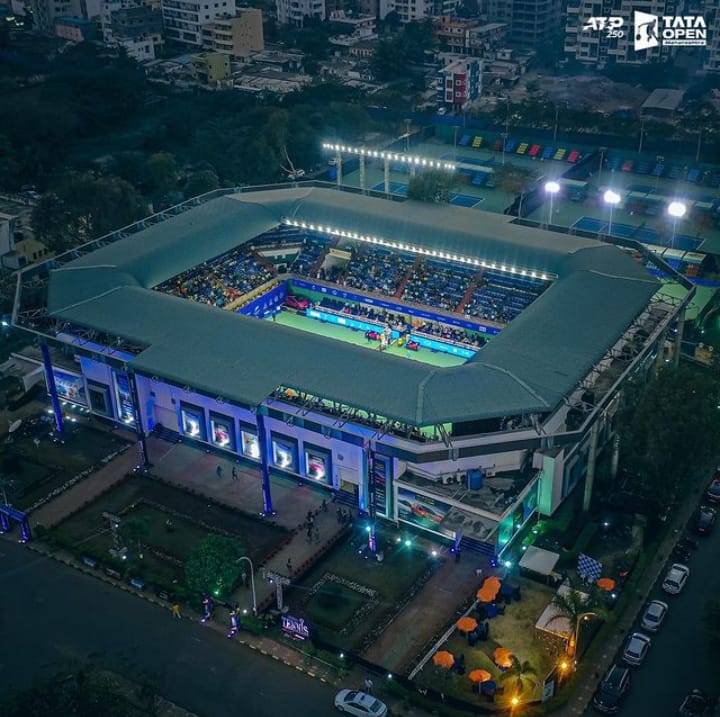 This New year is going to be a delightful one for Indian tennis enthusiasts as the 5th edition of the Tata Open Maharashtra is knocking at the door. It is the only ATP 250 event in the South East Asian region, scheduled from 31st December to 7th January. It is a special one because last year the tournament was held behind closed doors due to the scare of the pandemic. This year fans are allowed in full capacity at the Balewadi stadium to witness some of the top international tennis players doing what they do best. Among the participants, the 2014 US Open champion Marin Cilic is going to be the top seed. He has won this tournament twice back to back in 2009 and 2010. There will also be 17 top 100 tennis players aiming for this year’s title. Botic Van De Zandschulp, who currently holds the 35th ATP singles ranking, will play alongside Indian Tennis star Rohan Bopanna in the doubles event, the pair is certainly one of the top contenders for the doubles title. Bopanna has won the tournament thrice, including last year with Ramkumar Ramanathan. Mukund Sasikumar will be seen at the main draw as he secured the 1st singles wild card as the top Indian tennis player. At the start of 2023, it is going to be a great opportunity for him to showcase his talent in the prestigious event for the 2nd time among the top international tennis stars. India’s Sumit Nagal gets the 2nd wild card. In the qualifiers, Yuki Bhambri will try and get a spot in the main draw. Last year the 4th edition was won by the top Portuguese player Joao Sousa, who had defeated a young Finnish, Emil Ruusuvuori 7-6, 4-6, 6-1 to win the title. Emil will be eyeing to get his hands on the trophy at the event this year.