HomeUncategorized Balaji – Jeevan shock the no 2 seed to storm into the doubles semis. 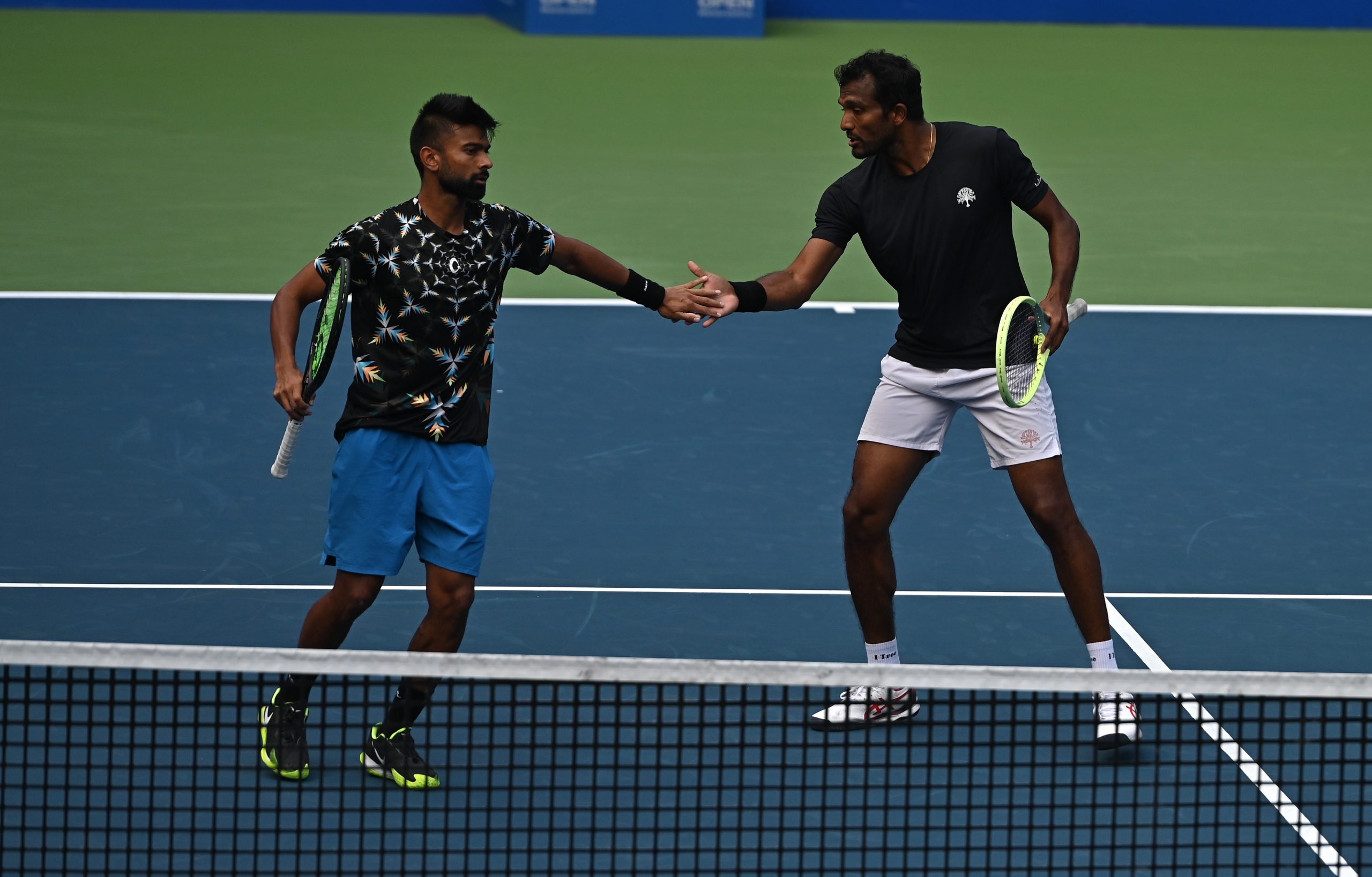 Indian pair of N. Sriram Balaji and Jeevan Nedunchezhiyan pulled off one of the major upsets of the fifth edition of the Tata Open Maharashtra, beating the No. 2 seed American duo 7-6 (6), 7-6 (5) in the doubles quarter-finals at the Balewadi Stadium in Pune on Thursday.

Balaji and Jeevan, who entered the tournament as an alternative entry, put up a sensational show in both sets which saw close competition before they decided in the tie-breakers.

The pair consists of Jackson Withrow, World No. 49 and Nathaniel Lammons, ranked 46 in the world, who gave their all to take the match into the final tie-breaker but the Indians did enough to get the result in their favour at the end of the second set.

“We could watch great tennis, great matches; and I think it has also created a spirit amongst our youth. Credit again goes to Tata Open Maharashtra. Let me assure you that in the next five years, the Maharashtra government will never allow ATP-250 to go anywhere. I am very happy to be here, my best wishes to the tournament, all the players, who are participating and all who will be watching. This tournament will be a huge success,” said Hon’ble Deputy Chief Minister of Maharashtra Shri Devendra Fadnavis.

Later in the evening, former no1 player of the country, Ramkumar Ramanathan and his doubles partner Reyas Varela’s challenge came to an end overpowered the Indo-Mexican pair in the straight sets with absolute dominance in the doubles quarter-final, which means the duo of Jeevan-Balaji is the only Indian challange left in the competition.

Meanwhile, the  top seed and 2014 US Open champion Marin Cilic pulled out of the singles event after suffering a knee injury as his opponent, Tallon Griekspoor was given a walkover. “Hey guys, very sorry that I couldn’t come out again today to compete. Today, during the warm-up, I injured my knee and unfortunately it didn’t get better until I was about to go out on the court. Thanks to the fans for the great support this week, it was fantastic. I’m looking forward to return to India in the future to compete over here again,” the World No. 17 Cilic said in his statement.

In the other singles quarter-final, No. 8 Aslan Karatsev pulled off a dominating 6-1, 6-2 victory against the World No. 63 Pedro Martinez.