HomeUncategorized The Host knocked out Kazakhstan, meets Japan in the Final 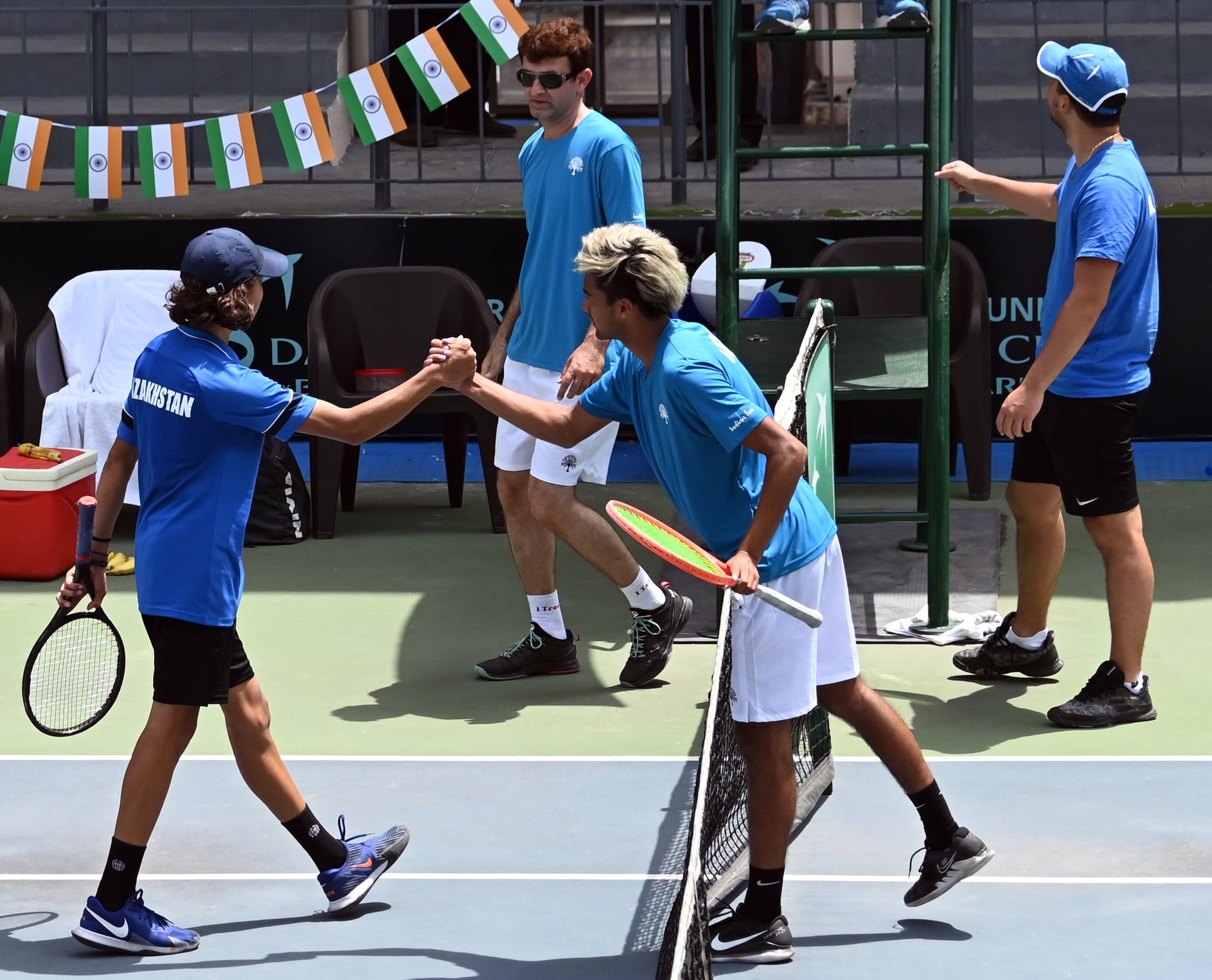 India accelerated to an extraordinary finish as the boys in Blue beat Kazakhstan in both the singles in the semis to make it to the ultimate day. Now the Host will play with Japan in the final who somehow managed to get past the mighty Aussies in the decisive doubles in the semis. The excitement is gearing up ahead of the mega final as both the finalists presented a superb brand of tennis in the Junior Davis Cup Asia/Oceania Final Qualifying 2022, here in New Delhi, R.K Khanna Tennis stadium.

Today, the captain of India sent Bushan Hoabam in the first singles to compete with Amir Omarkhanov from Kazakhstan. The game was very close to the end. Both the boys showed their ultimate skill and fought relentlessly on the court till the end. Bushan won the first set 6-4 but in the second set, Amir bounced back and make it 6-4 for him. In the final set, it was Bushan who probably played his best tennis in the tournament so far to make it 6-4,4-6,6-4 and managed to take India over the fine line.

In the second singles, Rushil went to the field and made it so easy for the host, especially with accurate volleying skills. He outsmarted his opposition within one hour and took India to the final.

In another semi-final, Japan conquered the brutal Aussie hurdle in the conclusive doubles and meets India in the final.