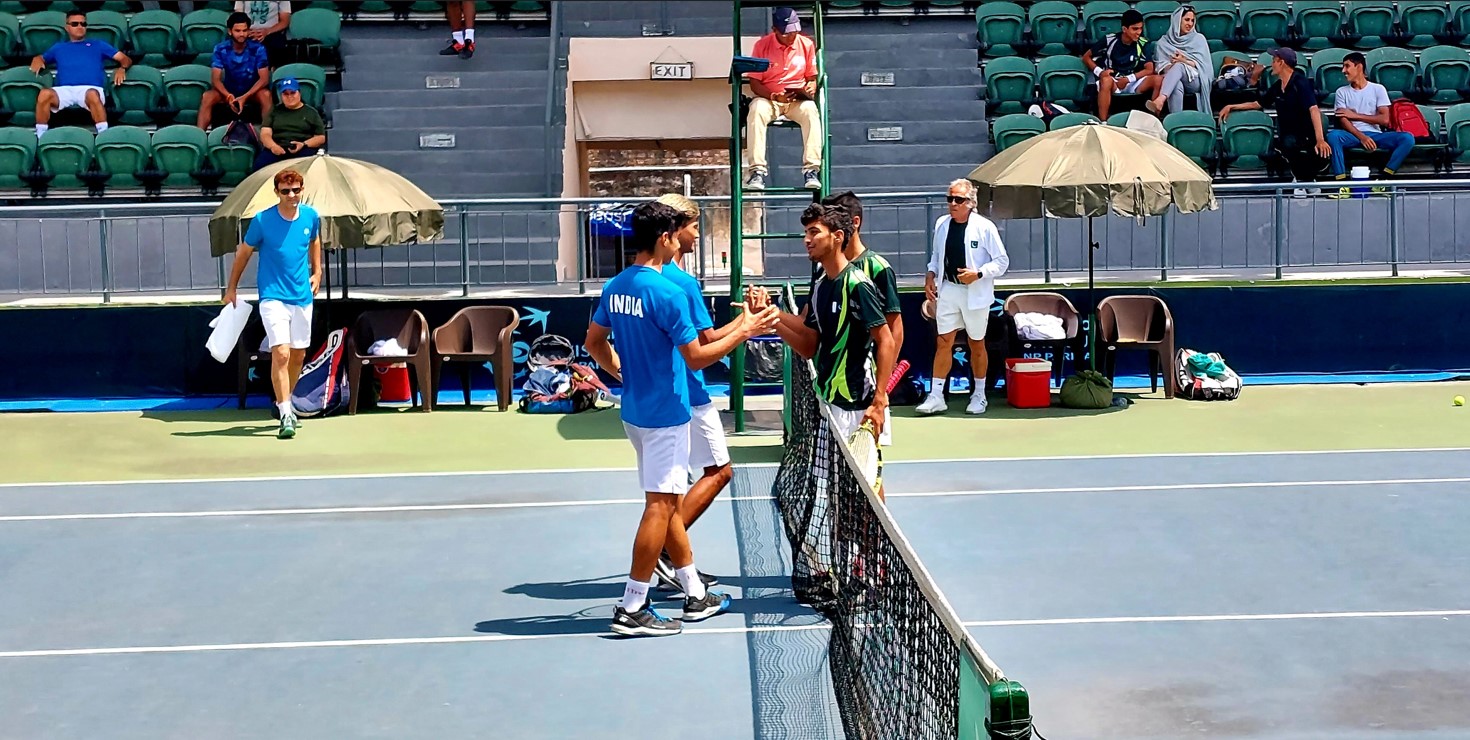 The host team India started the tournament with a bang as they beat Pakistan quite comfortably, winning both the singles and also the doubles on Day 1 of the Junior Davis Cup Asia/Oceania Final Qualifying 2022  on Monday in DLTA, New Delhi. The captain of Team India, Sajid Lodi, sent Haobam Bushan against Pakistan’s Asim Bilal in the first singles. Bushan crushed Asim 6:0, 6:1. The visitors never looked comfortable against the boys in blue. Rushil Khosla went on to demolish Huzafia Khan 6-2, 6-0. The captain looked happy that the boys did a spectacular job on day one. Tomorrow on the 12th of April India will play against Indonesia.  Apart from team India, all other winning teams also managed to defeat their opponents by a comfortable margin.