HomeUncategorized Australia peeped over India before the knockout stage 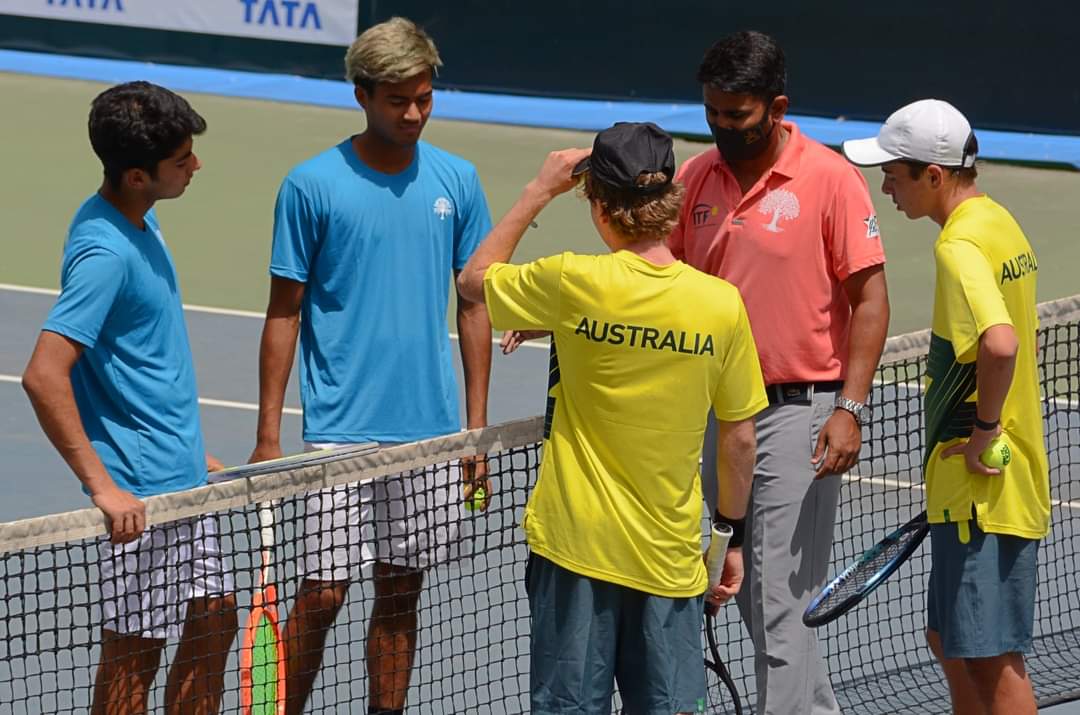 Mighty Aussies emerged as group Champions after their victory against India on the last day of the league stage on Wednesday 13th April, here in R.K Khanna Tennis Stadium, New Delhi. Meanwhile, the host India will take on Iran in the quarter-final.

The rivalry between India and Australia is always very thrilling and mouth-watering for sports fans. Despite giving some tough fights, the host lost the first two singles to the Aussies by a close margin. Especially in the second singles where India’s seeded no-1 Rushil Khosla lost the match in a tie-breaker. But after the initial trouble in singles, India bounced back in doubles and beats Australia in the super tiebreaker to make it 1-2.

Captain Sajid Lodi looked very calm after the match as he pointed out, “We had a very good day again on the court, yes we lost to them in both the singles but the scoreline doesn’t always speak about the kind of match and the gravity it had. Both our boys were able to serve the ball so hard and so well. Bushan lost the match 3-6, 3-6 but the encounter was really close and enjoyable. I really feel that our boys are doing great jobs on the court, there is absolutely no worry in the camp. They are practicing hard getting the results on the court. I advised them to remain calm and cool as much as possible and to enjoy the process. Hope tomorrow will be another great day against Iran in Quarter-Final.”

Finally teams like Pakistan, Sri-Lanka somehow managed to get the taste of victory on the last day of the league. Spectators are eagerly waiting for an exciting knockout stage.