HomeUncategorized The Host knocked out Kazakhstan, meets Australia in the Semi-Final. 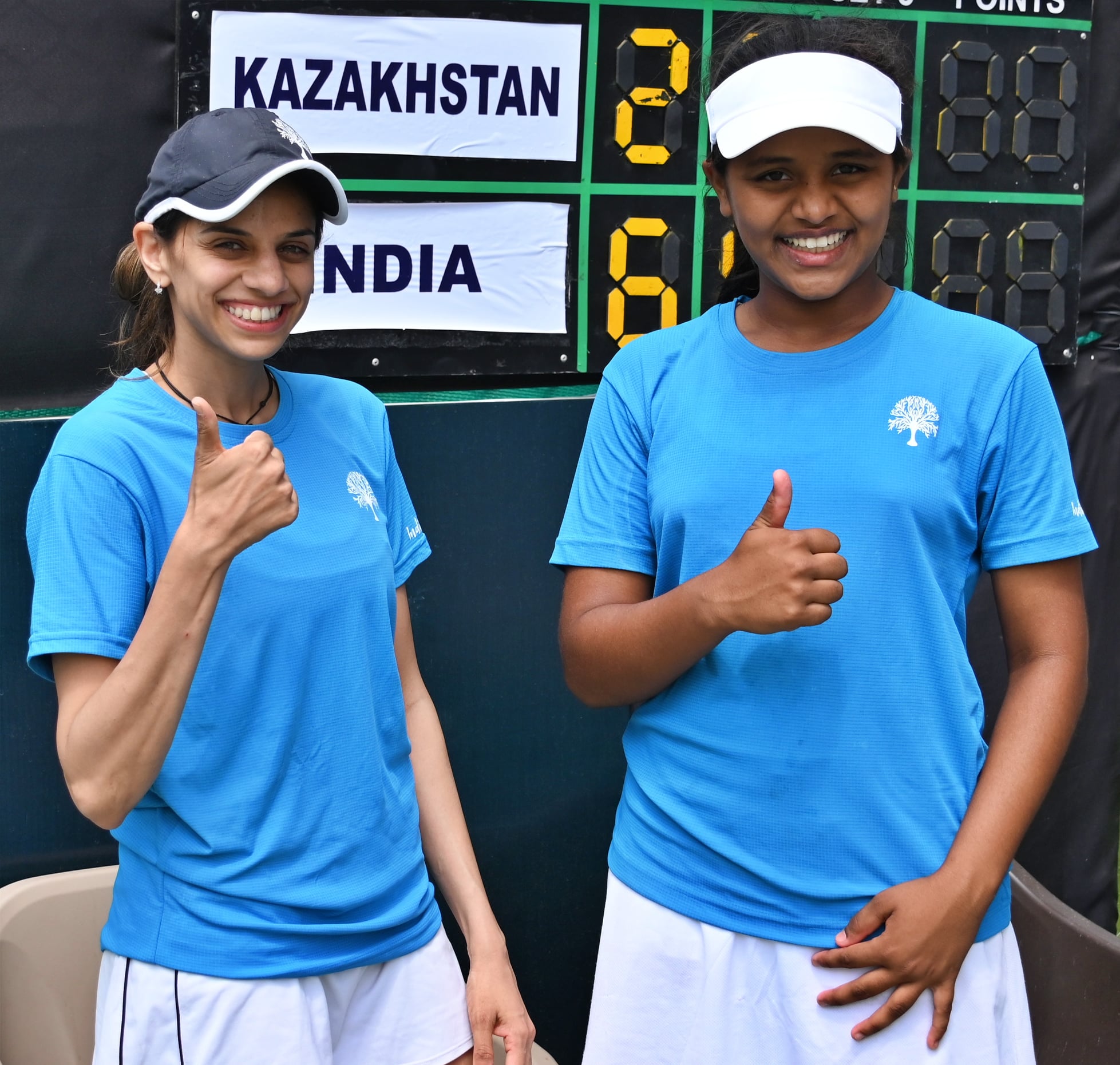 India accelerated to an extraordinary finish as the girls in Blue beat Kazakhstan in both the singles in the quarter-finals to make it to the Semis and in the process they have qualified to the World group. Now the host will take on the mighty Aussies who outplayed Thailand in their style to get the ticket to the Semis. The eagerness is real ahead of the Semi-finals as all the semi-finalists presented a superb brand of tennis in the World Junior Tennis Competition (U14 Girls’) Asia/Oceania Final Qualifying 2022, here in New Delhi, R.K Khanna Tennis stadium on Thursday, 21st April.

Today, the captain of India Namita Bal sent Sai Janvi in the first singles to compete with Satima Toregen from Kazakhstan. The game was very close to the end. Both the girls showed their ultimate skill and fought relentlessly till the end. Satima won the first set 6-4 but in the second set, Janvi bounced back and made it 6-3 for her. In the final set, it was Sai Janvi from India who probably played her best tennis in the tournament so far to make it 4-6 6-3 6-3 and managed to take India over the fine line.
In the second singles, our Seeded no one Aishwarya went to the field and made it so easy for the host, especially with her accurate volleying skills. She outsmarted her opposition 6-2 6-3 within one hour and took India to the final.
In the Doubles, Kazakhstan got W/O from India as the host already won the first two singles.