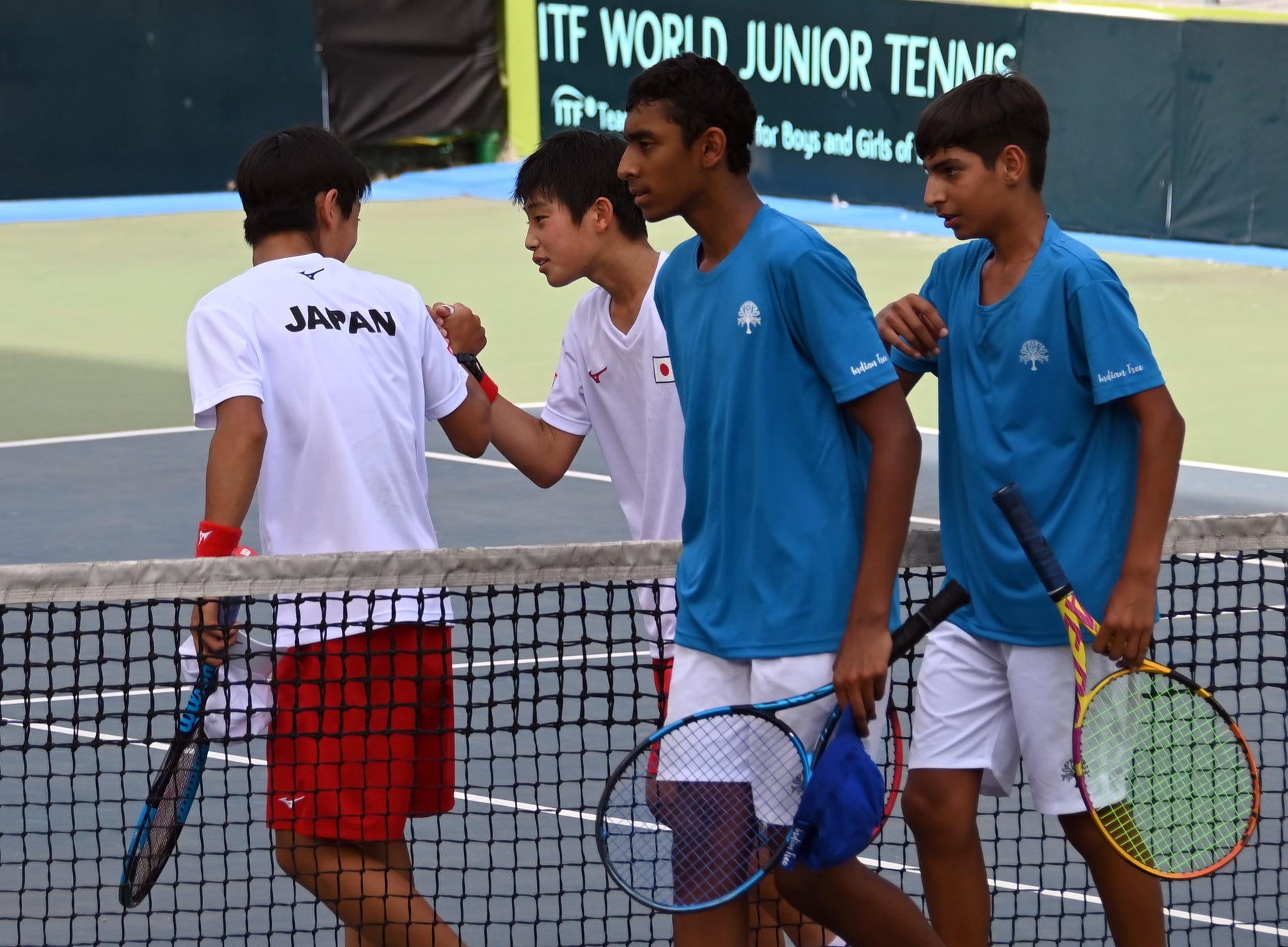 Japan kept their cool and consistency, eventually, they defeated India with a narrow margin on day two and won the tie 2-1 in ITF World Junior Tennis Competition Asia/Oceania Final Qualifying here in New Delhi R.K. Khanna Tennis Stadium on Tuesday, 26th April. Tomorrow on the 27th of April the host will have to beat Jordan to get an entry in the knock-out.

Today in the first Singles Ren Matsumura put Japan ahead with a 6-2 7-6(3) victory over India’s Aditya Mor. It was Aditya’s first match in the tournament and he looked a bit uncomfortable, especially in the first set where he was comfortably beaten. In the second Singles, the captain sent Tanussh Ghildyal to take on Ryo Tabata. The visitor looked excellent in the first set with his vibrant skill but the counterpunch of Tanussh fabulously put India on par with a 6-3 4-6 4-6 triumph.

In the decisive doubles the captain Ankit Patel could not send his trump card Tanussh as he was badly cramping during the last set of second singles. Finally, Aditya Mor in a pair with Arnav Paparkar could not get past the visitor’s challenge in doubles as Japan won the tie 2-1 to put them in the quarterfinal.

So it will be an interesting task for the current Indian team to emulate the deeds of the three earlier teams over the last three weeks who ended their camp on a good note.