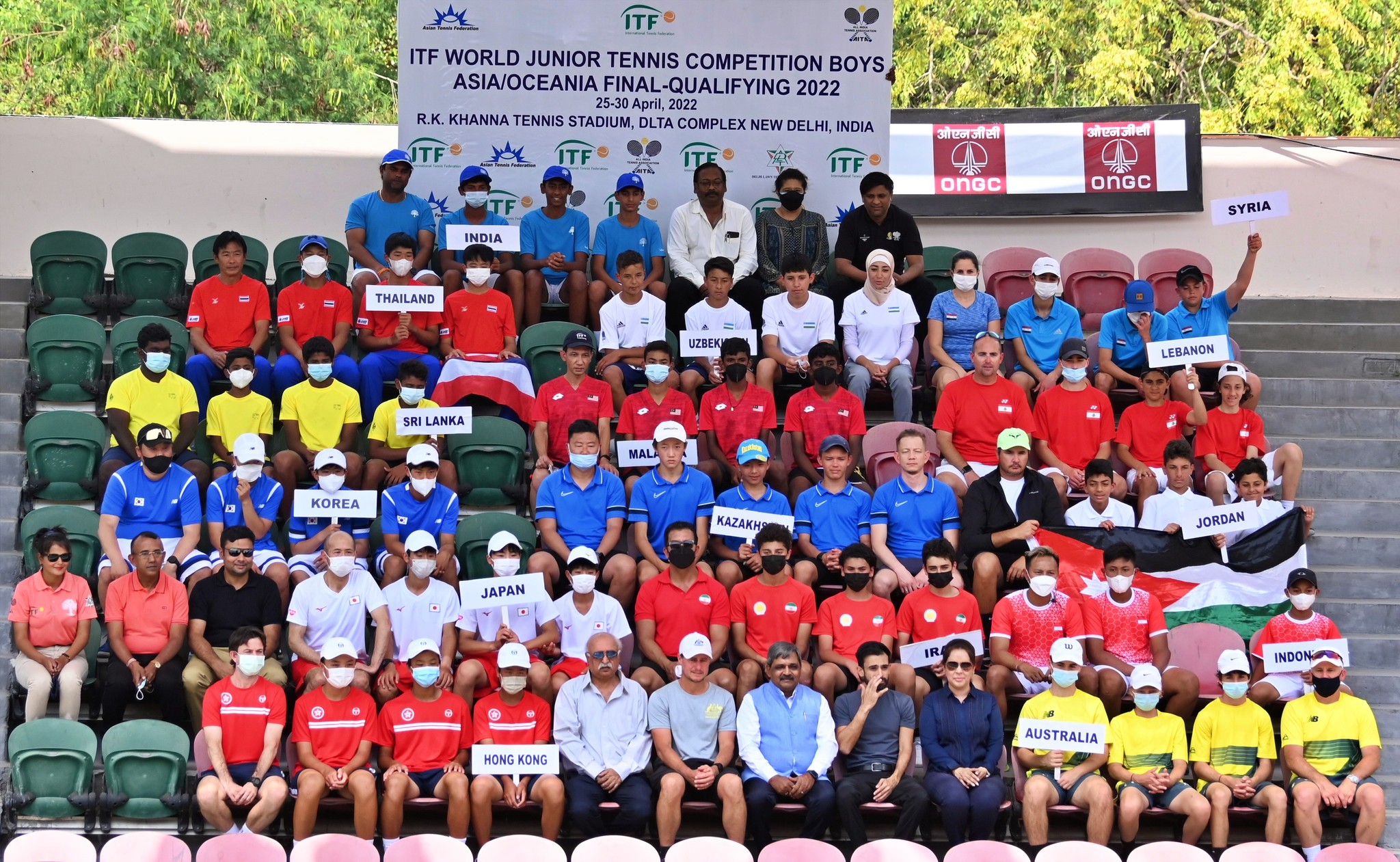 The World Junior Tennis Competition (U14 Boys’) Asia Oceania Final Qualifying 2022 got off to a flying start on Sunday 24th April, at the R.K.Khanna Tennis Stadium, DLTA with an impressive opening ceremony that was presided over by Mr. Satish Upadhyay, Vice-Chairman, NDMC and former no 1 Tennis player, Wimbledon Champion Mr. Lleyton Hewitt. With the teams from sixteen countries competing in the event, it promises to be another week of top-quality Tennis.

Host India finds themselves in Group – B, where they will compete against the top seed Japan, where the other two teams will be Jordan and Uzbekistan in the group league matches. The captain of team India Mr. Ankit Patel is very much hopeful regarding their performance in the tournament as he mentioned that….

“The three boys from our team Tanussh Ghildyal, Arnav Paparkar, and Aditya Mor have the same potential and efficiency, it is not that no 2 or no 3 ranked players have less capability compared with no1. I am very much hopeful and excited, now it’s all about how they carry themselves in the court and manage to perform in this extremely hot and fiery weather.”