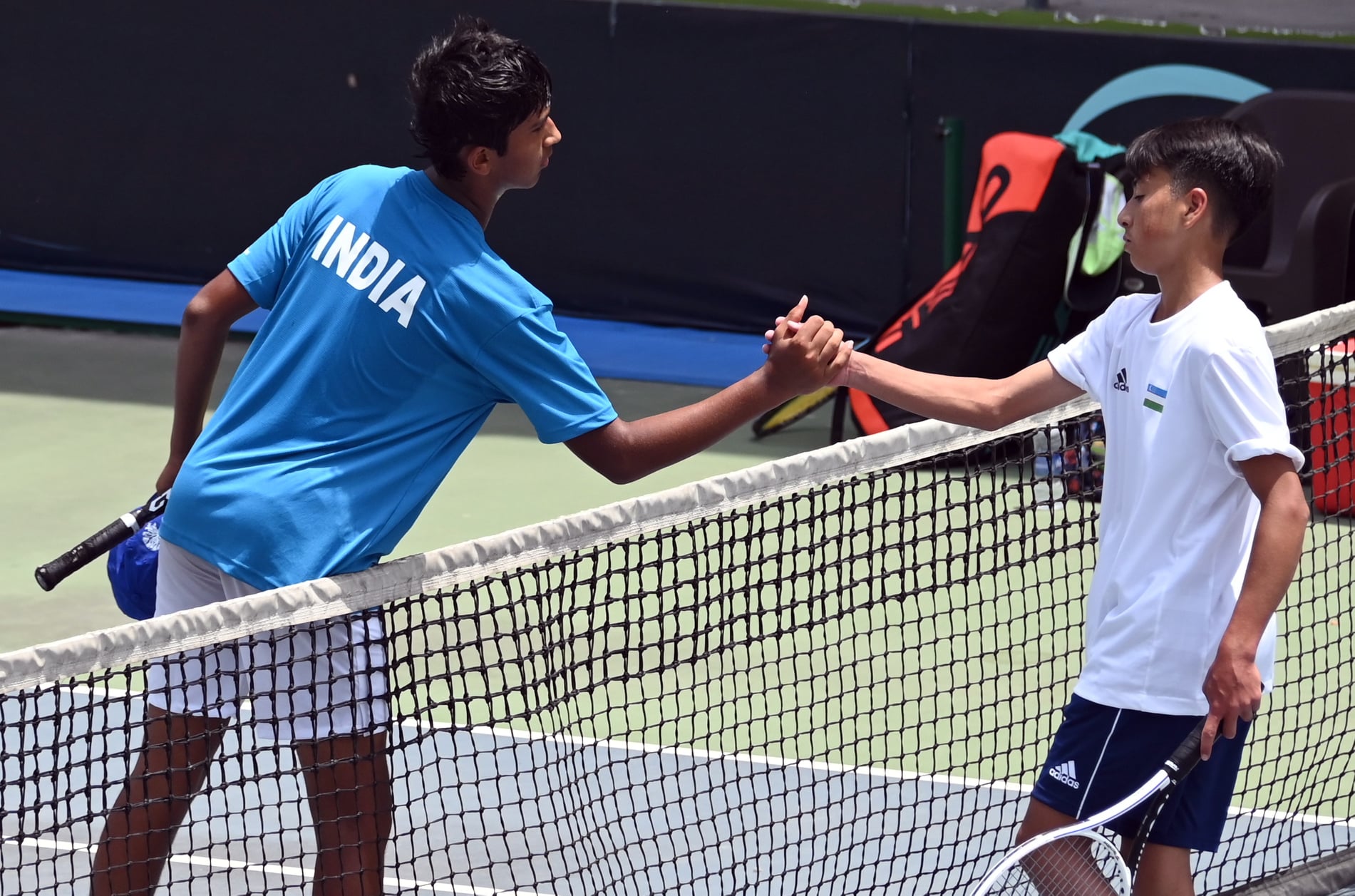 The host team India started the tournament with a bang as they beat Uzbekistan quite comfortably, winning both the singles and also the doubles on Day 1 of the World Junior Tennis Competition (U14 Boys’) Asia/Oceania Final Qualifying 2022 on Monday 25th April, here in R.K. Khanna Tennis Stadium, New Delhi.

Today in the morning, the captain of Team India, Ankit Patel, sent Arnav Paparkar against Uzbekistans’ Sukhrob Saidov in the first singles. Arnav looked very comfortable on the court, he was able to serve very hard and effectively from the very beginning and within ninety minutes he almost crushed his opposition to win the match 6-4 6-0. In the second singles, the seeded no 1 of team India Tanussh Ghildyal took the charge against Abdurakhmon Khojiboev. The match was pretty one-sided as Tanussh looked almost perfect on the court and eventually he won the match 6-1 6-3.

After the disaster in both the singles, the visitor tried to fight back in doubles. But their effort was not good enough to restrict the Indian pair to win the doubles 6-4 7-5.

The day one of the WJTC observed an imbalance fight from all over the courts as all the winning teams managed to defeat their opponents by a huge margin.