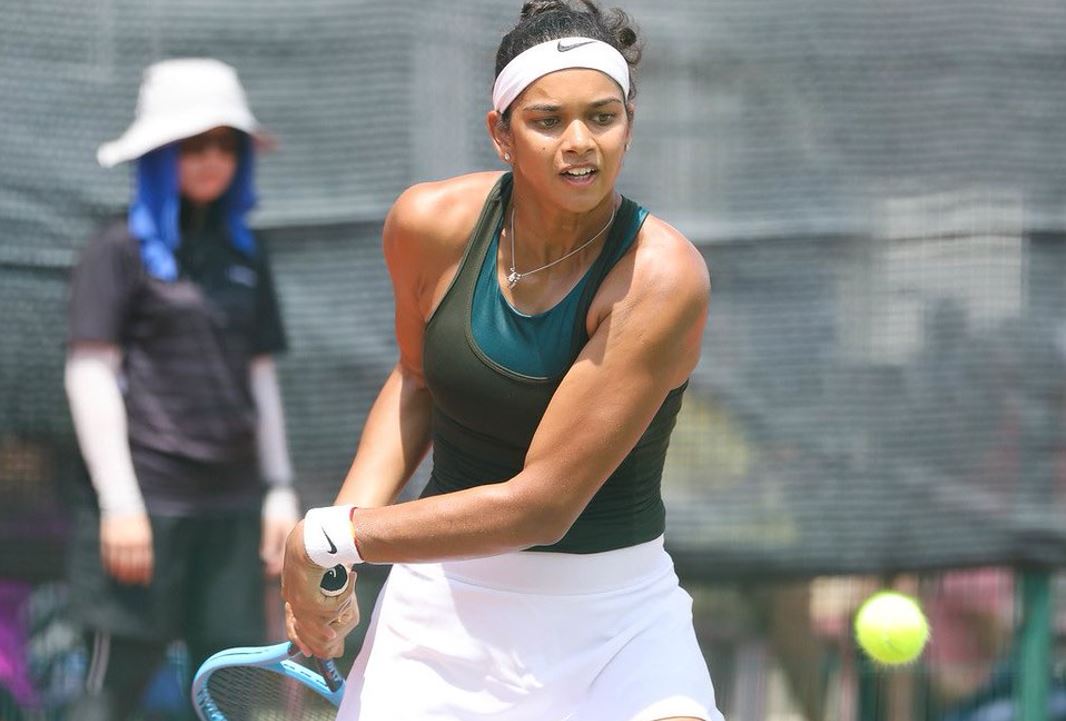 India’s Sowjanya Bavisetti qualified for the main draw of ITF Women’s $60,000 Collonge- Bellerive event in Switzerland today after she won the Qualifying second round in straight sets 6-2, 6-1 against Slovak tennis player Victoria Morvayova.

It took only one hour and 19 minutes for Bavisetti to finish off the proceedings at her final qualifying round at the ITF W60 tournament.

During the course of the match, Bavisetti won eight games in a row whereas Viktoria could only stitch together just two consecutive games and never gained any momentum. Bavisetti converted seven break points while her competitor could manage just two.

Next up, Jessika Ponchet of France will face Sowjanya Bavisetti, tomorrow in the first round of the main draw in singles.

Sowjanya Bavisetti in partnership with Angelina Gabueva of Russia won their first-round main draw tie in doubles at the ITF W60 tournament in Switzerland.

En route to their second-round appearance in doubles, they defeated the Swiss duo of Jenny Duerst and Nina Stadler.