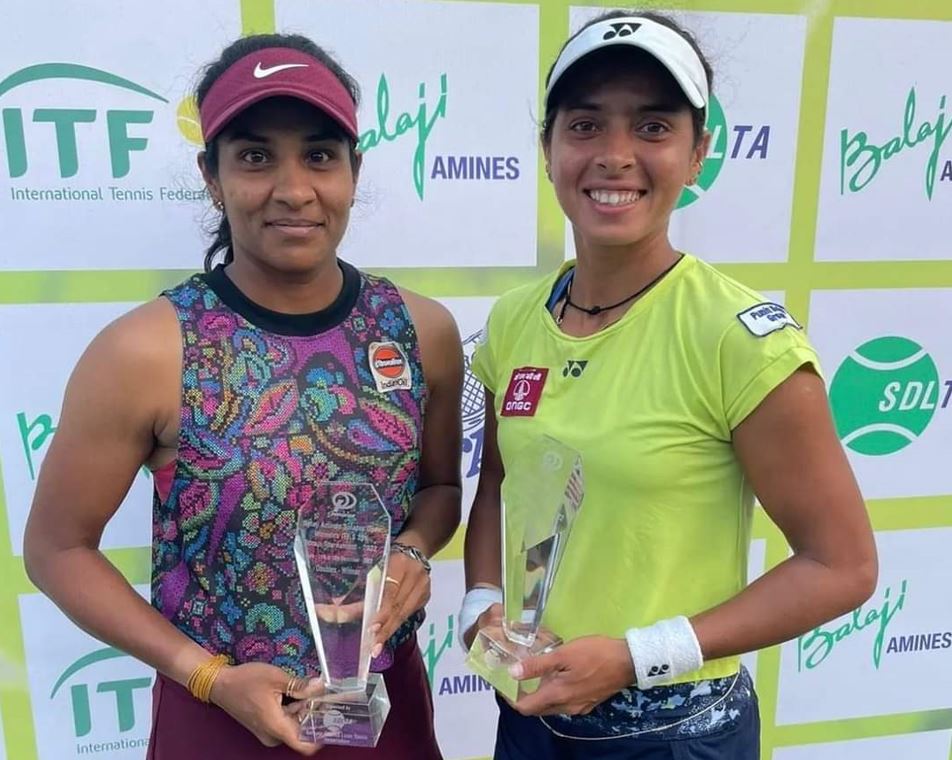 The Indian duo Ankita Raina and Prarthana G Thombare has won the Solapur Open ITF $25k doubles, defeating Priska Nugroho and Ekatarina Yashina. It was Ankita’s 5th doubles title this year and Prarthana’s 3rd. It was an easy straight sets victory by the Indian pair 6-1, 6-2.

In the singles event, Ankita Raina was the only Indian to reach the semi-finals and was defeated by Finlander Anastasia Kulikova. At the beginning of the match, it felt like Ankita would reach the final quite easily leading 5-2 in the 2nd set with the 1st set in her pocket, 7-5. Then suddenly she lost rhythm losing 8 games in a row, which saw her losing the 2nd set and trailing in the 3rd. In the end, she lost the match 7-5, 5-7, 3-6 and Kulikova advanced to the final to face Young Indonesian Priska Madelyn Nugroho.

It has been a scintillating year for the 19-year-old, Priska. She won her 5th singles title of the year at Solapur Open defeating Anastasia Kulikova. She was also the runner-up in the doubles event with Ekaterina Yashina as her partner. with this title, she has also reached the career-high ranking of 391. She defeated Kulikova quite easily, 6-4, 6-2.