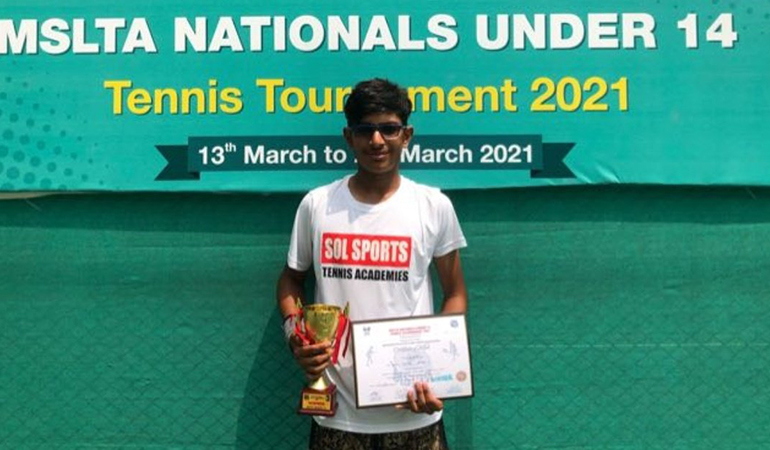 Bengaluru lad Krish Tyagi and Maharashtra’s Asmi Adkar won the bragging rights as National Champions when they won the prestigious National U-14 championship held at the MSLTA Courts in Mumbai on Saturday. Seeded second, Krish beat the top seed Rethin Pranav of Tamil Nadu 6-4, 7-6 (5) in the final to claim his maiden National title. Among the girls, 14th seeded Asmi Adkar got the better of unseeded finalist Sohini Sanjay Mohanty and won the National title with a score of 1-6, 6-4, 6-2.

The country’s best talent was on display with the draw consisting of 64 players both in the main and qualifying.

“I entered the court today with mixed feelings of fear, anxiety and excitement as this was my first appearance in a National final,” said the ecstatic 13-year-old fom Mumbai. “I think the credit goes to my coach, my parents, my brother and my school for supporting and believing in my hard work,” said the eighth standard student of Silver Oaks International School.

In the final, after both the players had exchanged a break each early in the set, Krish broke his opponent’s serve in the 10th game to take the first set 6-4. A similar story followed in the second set before the issue was resolved via tie-breaker. After having lost to Rethin in their earlier encounter last year, this was a sweet revenge for Krish who trains at the Sol Sports Academy under Suraj Bikkannavar.