HomeUncategorized Korea gets past India before the knockout stage 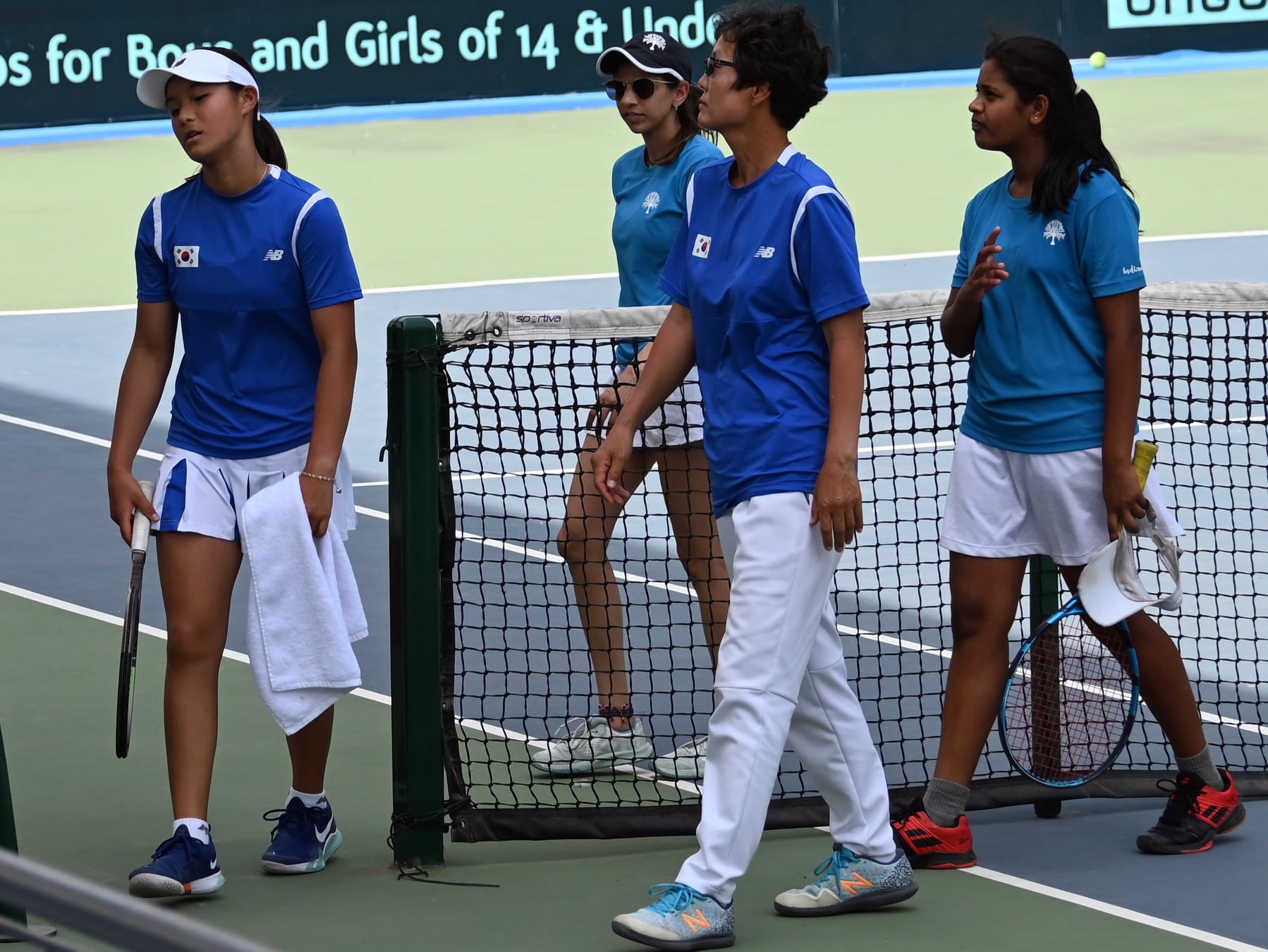 Korea emerged as group Champions after their victory against India on the last day of the league stage in WJTC (U14 girls’) Asia/Oceania Final Qualifying 2022 on Wednesday 20th April, here in R.K Khanna Tennis Stadium, New Delhi. Meanwhile, the host India will take on Kazakhstan in the quarter-final.

Although team India lost the tie 3-0 against Korea the scoreline doesn’t always speak the kind of match and the gravity it had. Two Indian girls Sai Janvi and Aishwarya Jadhav fought brilliantly on the courts but at certain times they could not hold the momentum and two Korean girls took full advantage of that in both the Singles. In the second singles, our seeded no 1 Aishwarya Jadhav had a pretty good game, the match continued for three hours and fourteen minutes and till the third set but finally, Korea’s Heewon Ju managed to peep over Aishwarya with a narrow margin and made it 2-0 for Korea. India refused to play the doubles as Korea had already ensured its appearance as a group topper and the heat had already started playing a bigger role in the tournament.

Apart from India – Kazakhstan duo in the quarter-final, Japan meets Sri-Lanka, Australia will take on Thailand and Uzbekistan will play against Korea in the Play-Offs.