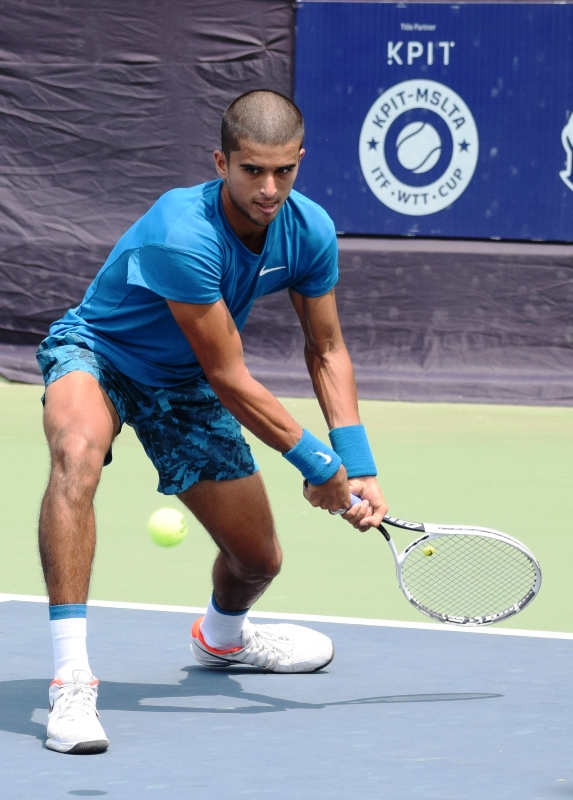 Zane Khan of USA made it to the third straight finals in a row setting  up a summit clash with Great Britain’s Oliver Crawford in the men’s singles finals of the  $15000 KPIT –MSLTA  ITF WTT Cup  Men’s tennis championships being organized by MSLTA in association with Deccan Gymkhana and played at their tennis courts.

In the semi-finals today, the winner of the Lucknow and the Indore legs of the Indian ITF  swing 19 year old Zane Khan upset fifth seeded and 25 year old Jonathan Mridha of Sweden 6-1,7-5 in a 2 hour 13 minutes duel .

Khan played flawlessly breaking Mridha in the 2nd and 4th games of the first set. In the second set, Khan recovered from being 2-5 down to claim 5 games in a row and win the  set and the match .

Crawford who had the distinction of felling two other Indians Dev Javia and Arjun Kadhe on the route to last four meted the same treatment to Manish who looked jaded due to long matches earlier in the week.

The Britisher broke Manish in the seventh game in a set that saw as many as 5 breaks to win the first set 6-4.  In the second set Crawford broke in the third and the fifth games to win the set and the match .

The finals of the second event of the KPIT Supported ITF event will be played 10 am onwards.