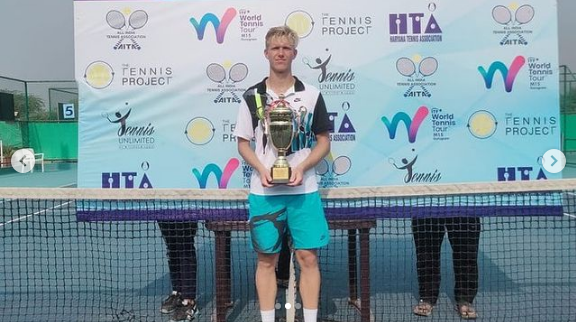 The tournament, which began on 22nd November in Haryana’s Gurugram city, came to conclusion with a fitting finale which produced an enthralling battle where the 19-year-old Velcz won in straight sets 6-3, 6-2.

This is Velcz’s maiden ITF title of his career.

In India, the ITF World Tennis Tour next moves to Bengaluru for Women’s $15,000 event.