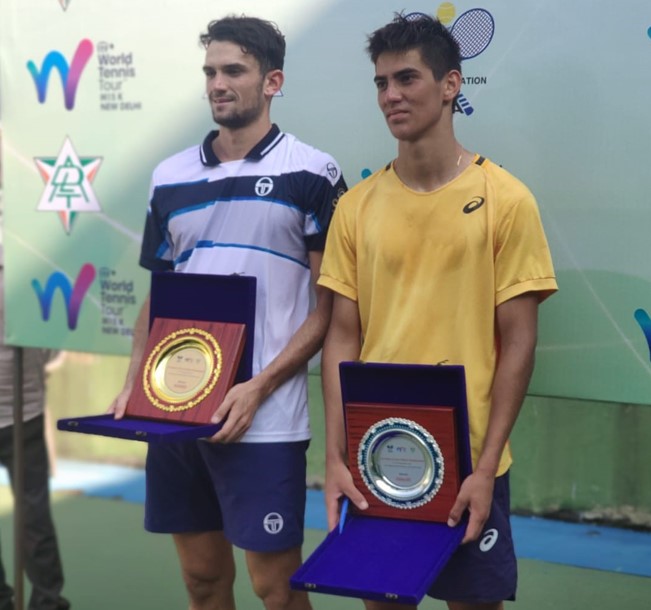 The tournament, which began on 15th November at the RK Khanna Tennis Stadium in New Delhi, came to conclusion with a fitting finale which produced an enthralling battle for two hours and 49 minutes where the 23-year-old Vacherot came from a set down to win the match 5-7, 6-2, 7-6 (3).

With this win, French man Valentin Vacherot joins India’s Manish Sureshkumar as the singles champion in the first two tournaments out of the series of three ITF M15 events scheduled in India this November. This is also Vacherot’s second ITF title of his career, first one coming in Monastir earlier this year.

In the doubles action, top seeds Vishnu Vardhan and Saketh Myneni won the final against third seeds Julian Cash of Great Britain and Zsombor Velcz of Hungary on Saturday.

In India, the ITF World Tennis Tour next moves to Gurugram city of Haryana for Men’s $15,000 event.