HomeUncategorized Another great day for the host, the Girls are through to the knock-out 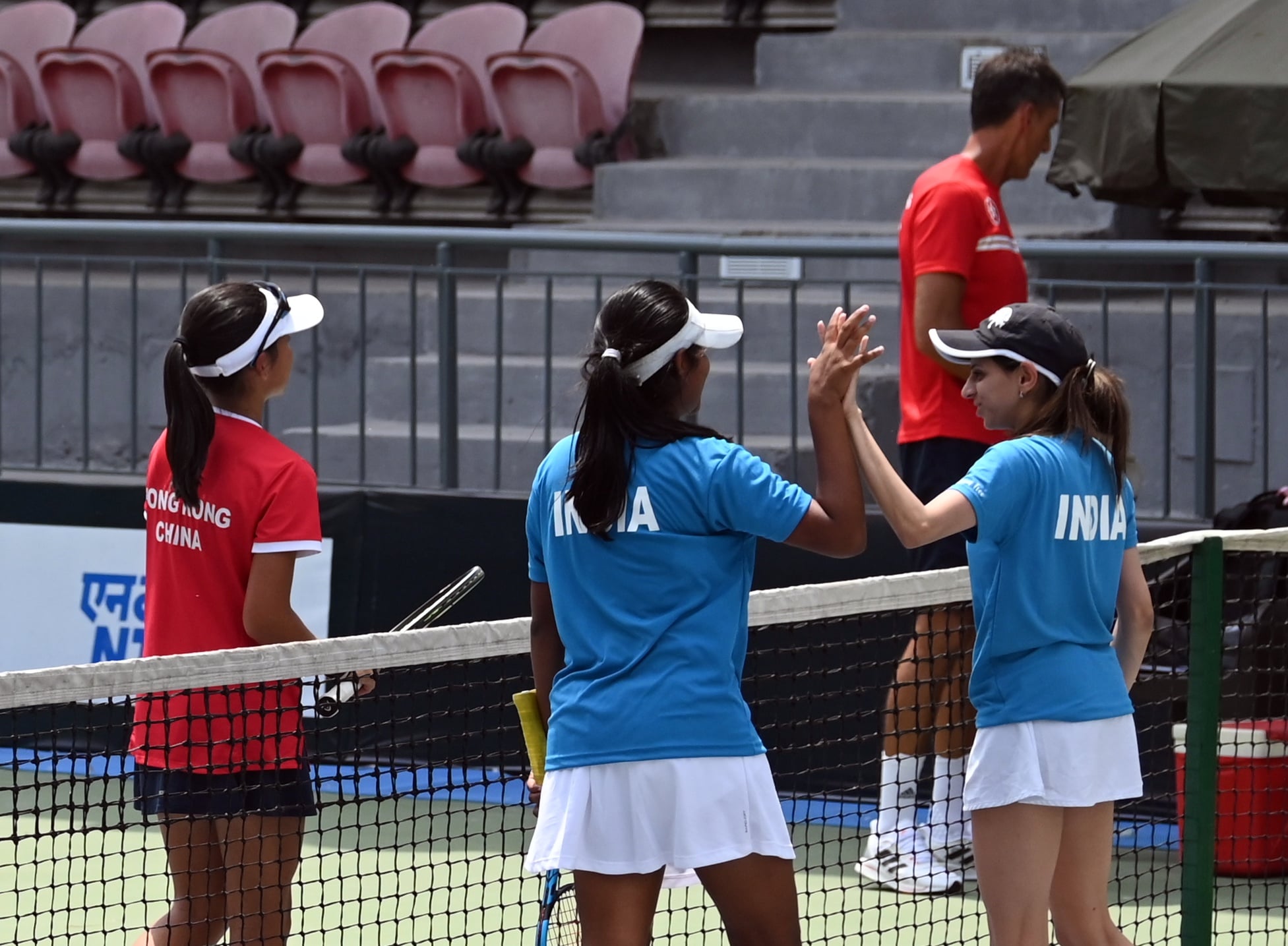 Hong Kong looked vulnerable on the court, thus the team India took the full advantage and made it 3-0 to win the tie on day two of the World Junior Tennis Competition 2022 Asia/Oceania Final Qualifying here in R.K Khanna Tennis Stadium, New Delhi on Tuesday 19th April. Tomorrow India will play with Korea to decide the group topper.
Today, in the first Singles Sai Janvi gave India an ideal start when she beats Hong Kong’s seeded no 2 Tak Sum Fung 7-5 6-3. The visitor tried to fight back in the 2nd singles but all the effort seemed less in front of India seeded no 1 Aishwarya Jadhav and eventually Aishwarya won the match 6-2 6-2 to take her team to the knockout stage before the final day of league matches. In the doubles, the combination of Aishwarya Jadhav and Sohini Mohanty thrashed Hong Kong 6-0 6-4 and ended the day on top.
Apart from the team India, Australia and Japan looked very formidable among the visiting teams in this competition.