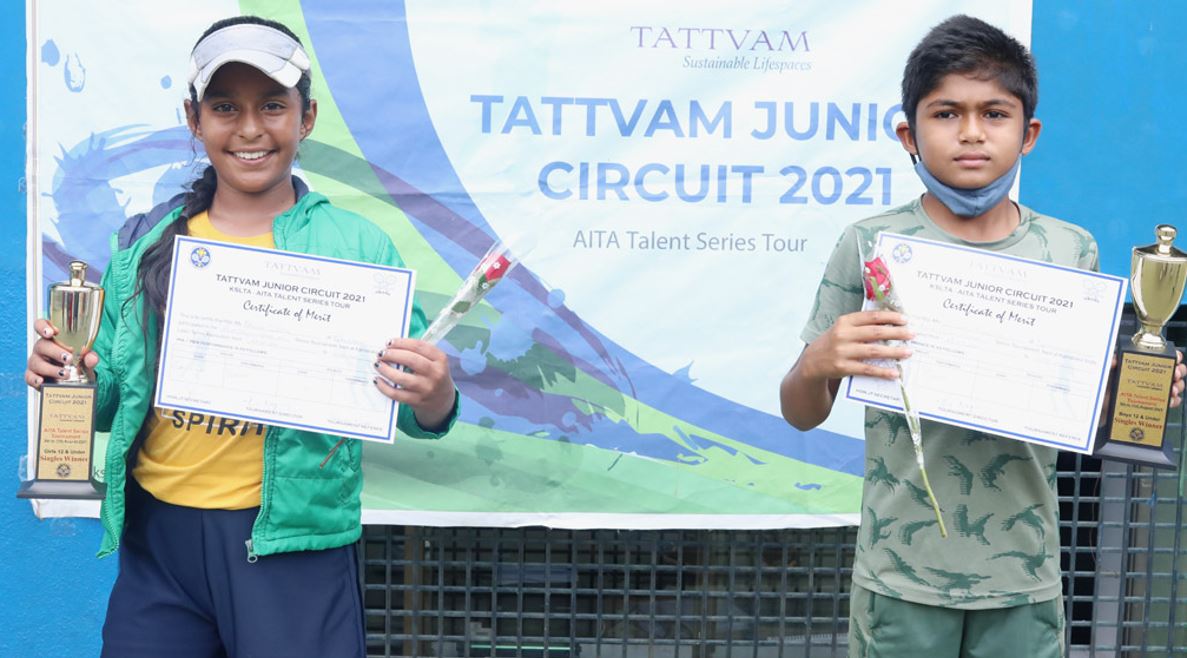 Bengaluru, Aug 11: In between doing his school assignment and playing, 10-year-old Arjun Manikandan had felled three seeds before taking on second seed Yashas Raj M in the title clash of the Boys Category of the KSLTA AITA Talent Series-3 U-12 tennis tournament. Yashas on his part, kept aside these sentiments to silence the giant killer in straight sets 6-1, 6-2 to grab the second title of his career at the KSLTA Courts here on Wednesday.

Meanwhile, in the Girls Category, top seed Aahida Singh fell to her knees, yelled and cried in joy at the same time as her opponent Sanmitha Harini of Tamil Nadu hit out while handing her career’s first victory.

In the Boys finals, Yashas, the 6th standard student of Kumaran’s School dominated the proceedings from the word ‘go’ as he attacked the net often and hit some good forehand winners. He combined his aggressive play with some deft drop shots that unsettled his rival and raced to a 5-0 lead before Arjun won the only game of the set. However, he came up with a better performance in the second set and even led 2-1 for the first time in the match. But that was only so much that he could do as 11-year old Yashas won the next five games on the trot to clinch the title.

Sanmitha showed confidence in her approach in the girls’ final against Aahida and went 2-0 up with a break in the very first game. However, the eventual champion came back to level in the fourth game before taking a 5-2 lead and won the set at 6-3. The second set was keenly contested with the 10-year-old Aahida, a student of Clarence School, getting the crucial break in the fifth game to lead 3-2 and thereafter won 6-4.

Results: (Prefix denotes seeding) (All players from Karnataka unless mentioned in brackets)