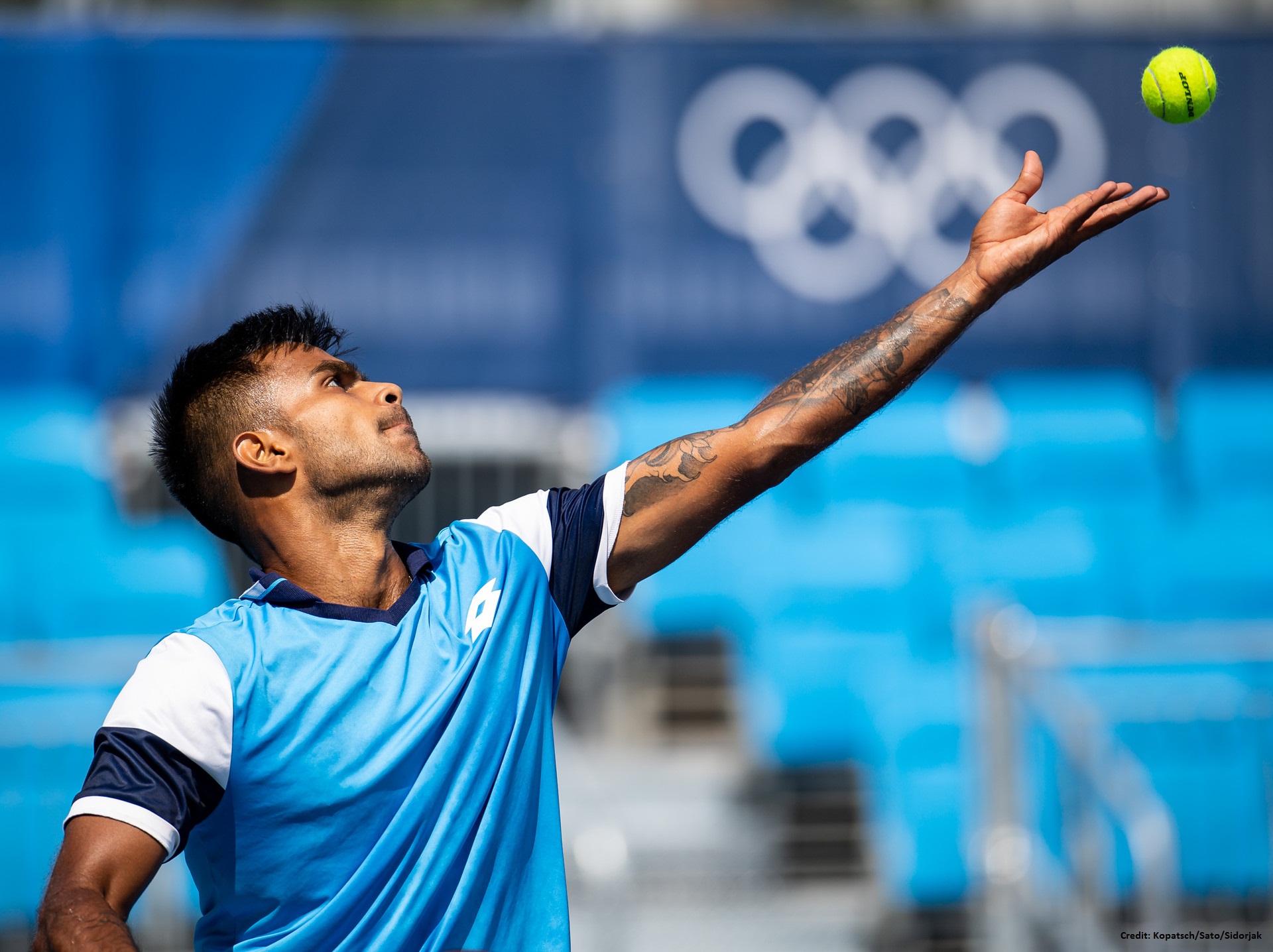 After scripting a historic first singles win in 25 years for India at the Olympics, Indian youngster Sumit Nagal’s journey at Tokyo 2020 was cut short by ROC’s Daniil Medvedev in straight sets 6-2, 6-1 in one hour and six minutes at the Ariake Tennis Park in Japan today.

Nagal showed flashes of brilliance in his net play and displayed resistance as he kept on fighting till the last point while he saved three match points before losing to number two ranked player in the world Medvedev.

Nagal could only manage to win a total of 36 points whereas the second seed, Medvedev, cruised into the third round after winning total 60 points throughout the match.

23-year-old got into the Olympics Men’s singles draw just about a week before the scheduled opening of the Summer Games after multiple withdrawals.

Nagal was mainly focusing on the Clay season in Europe.

Despite the late entry at Tokyo 2020 Olympic Games, Nagal became only the third Indian player to win a singles match in Olympics history. First one being Zeeshan Ali in 1988 when Tennis retured to Olympics fold, followed by Leander Paes’ inspirational run to in Atlanta to come back home with a Bronze medal.

With Sumit Nagal’s loss today, the Indian campaign in Tennis at Tokyo 2020 is over.