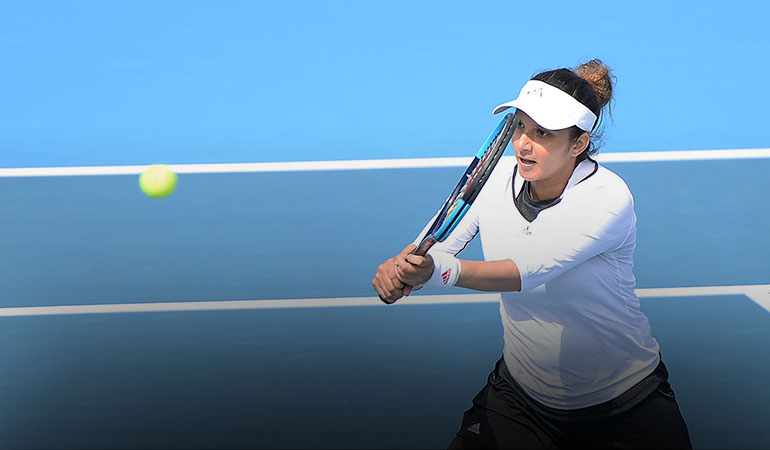 Sania Mirza made a winning return to the WTA circuit as she and her Slovenian partner Andreja Klepac beat Ukrainians Nadiia Kichenok and Lyudmyla Kichenok to reach the doubles quarterfinals of the Qatar Total Open here.

The Indo-Slovenian pair won 6-4 6-7(5) 10-5 against the duo of Kichenok and Kichenok in the opening round of the WTA 500 tournament Monday night.

It was Sania’s first match in 12 months and incidentally it was at the Doha Open where she played last in February 2020 before pandemic halted the tennis competitions across the world.

Sania herself had recovered from COVID-19 in January this year.

It was Nadiia with whom Sania had paired when she returned to competitive tennis after maternity leave and won the Hobart Open in January last year.

An early break put Sania and Klepac down 0-3 and struggling at deuce in the fourth game but they managed to hold on, getting on board.

The Indo-Slovenian pair needed just one break to get back on serve and they got that in the seventh game, breaking the Kichenok sisters at love in the seventh.

With an easy hold, they were 4-all and pocketed the set with another break.

The Ukrainians again drew the first blood in the second set for a 3-1 lead but Sania and Klepac fought hard to drag it to the tie-breaker but could not stop the rivals from pushing the contest to super tie-breaker.

The Indo-Slovenia pair raced to a 5-1 lead in a jiffy and closed the match, converting the second match point.