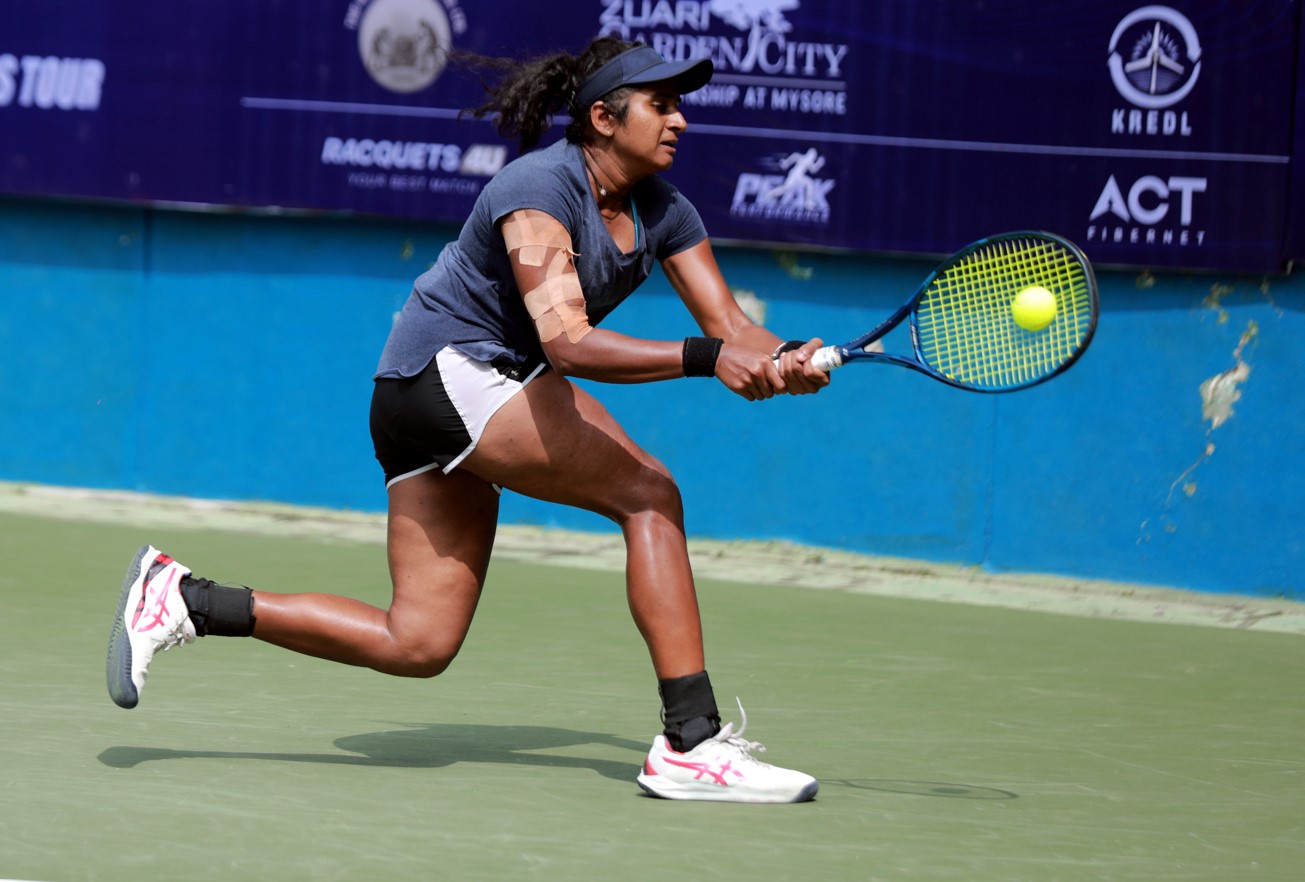 The tennis buffs got their heart’s fill witnessing an action-packed quarterfinal bout between fourth seed Pranjala Yadlapalli and sixth seed Vaidehi Chaudhari with the former winning the battle of nerves that lasted two hours and 27 minutes. The 6-7 (3), 6-4, 6-4 verdict put the 22-year-old into the semifinals of the ITF Women’s $15,000 Bengaluru at the KSLTA Stadium in Bengaluru on Friday.

Top seed Rutuja Bhosale faced some stiff resistance in the second set after blanking her qualifier opponent Pratyusha Rachapudi in the first for a 6-0, 6-3 win and will meet third seed Sowjanya Bavisetty in the semifinal. Sowjanya ended the foreign challenge when she breezed past seventh seed So-Ra Lee of Korea 6-0, 6-4. In a clash of the two qualifiers, Shrivalli Rashmikaa Bhamipathy overcame a fighting Akanksha Nitture 7-6 (4), 6-4 to set up a last-four encounter with the Pranjala.

Pranjala began on the wrong note losing her serve in the opener and was down 0-2 by the second game itself. However, Pranjala who had achieved her career best world ranking of 265 in 2019, slipped up a bit with unforced errors which gave Vaidehi a chance to come back into the match winning three games in a trot. The players held their respective serves as the set was decided via tie-break which Vaidehi won.

The second set saw a fiercer duel between the rivals as they matched shot for shot. Displaying some of the best tennis witnessed thus far in this week, both held their serves until the ninth game where Pranjala achieved the crucial break and then held on to her serve despite a double fault in the 10th game to win the set 6-4. The decider saw Pranjala committing unforced errors to give a slight edge to her rival who went 3-2 up. However, Pranjala stormed back into the game-winning the next three games to lead 5-3 and eventually served out for a 6-4 win as the Gujarati lass Vaidehi gifted the last two points hitting into the net.

Meanwhile Vaidehi and Mihika Yadav paired together and ousted the fourth seeds Sharmada Balu and Sravya Shivani Chilakapudi 6-1, 3-6, 10-7 to enter the title round. The other semifinal between the duo of Sai Samhitha Chamarthi and Sadiq Soha and top-seeded pair of Sowjanya Bavisetti and Rutuja Bhosale was interrupted by rain with the latter leading 5-4 in the first set.