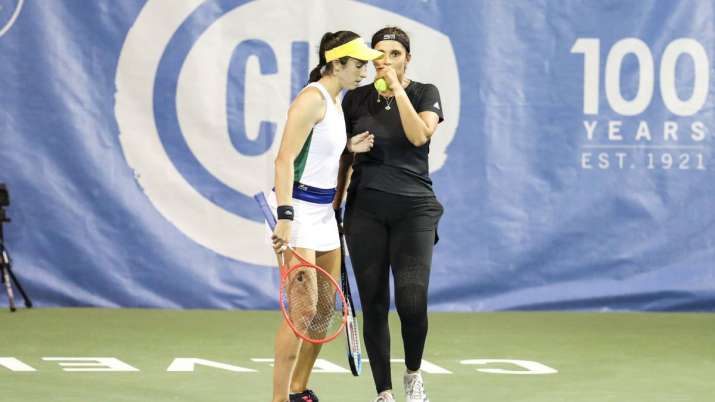 India’s most successful female tennis player Sania Mirza missed out on earning her 44th WTA Tour title as she and her American partner Christina McHale fell short to top-seeded Japanese pair of Shuko Aoyama and Ena Shibahara in the Finals of Tennis In The Land – a WTA 250 event held at Cleveland, United States.

34-year-old Mirza and McHale, who’s five years younger, put up a strong run en route to the final which featured three consecutive straight-sets wins in all of their previous matches but they went down to the Japanese in straight sets 5-7, 3-6 in the final of the tournament which lasted one hour and 24 minutes.

Shibahara and Aoyama created a total of 12 break opportunities and converted five of them whereas the runners up could only create two break points in the entire match.

The Japanese team was strong in their return game too. They won a total of 35 points in comparison to Mirza-McHale’s 16 in the return game.

In her first runner-up finish this year on WTA Tour, Sania Mirza picked up 180 ranking points and a paycheck of $3,000.