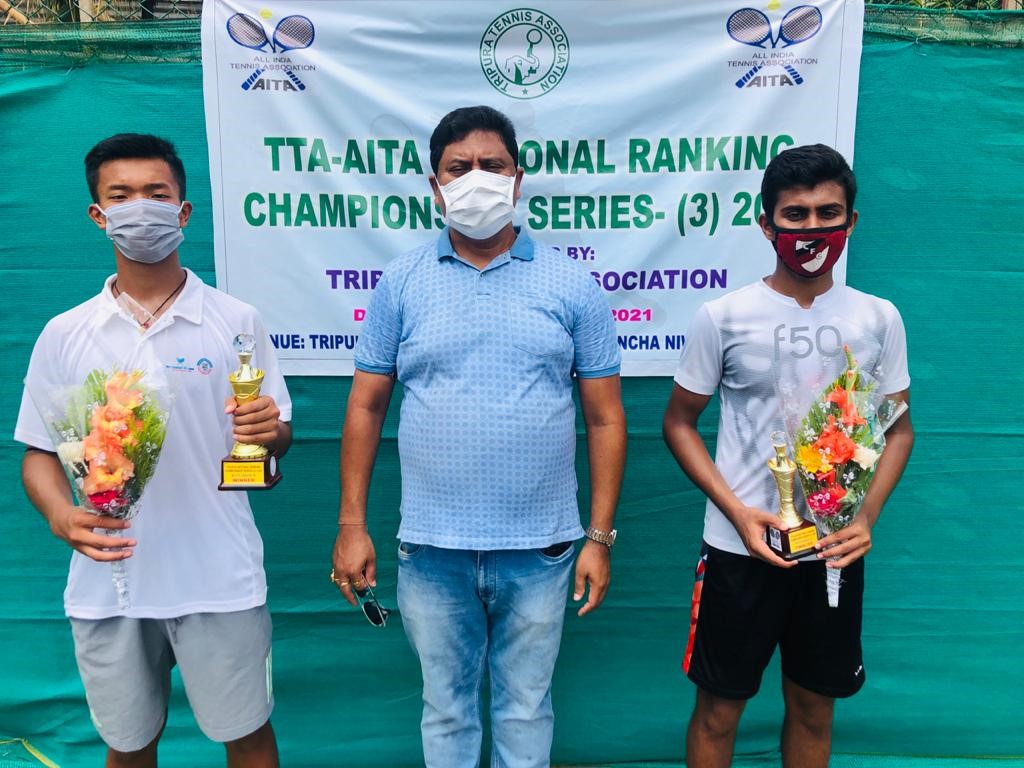 Manipur’s Bicky Sagolshem, unseeded in the draw, got the better of Shivam Khanna of Bengal in the summit class of the Boys Singles Under 18 event at the just concluded TTA AITA Championship Series 2021, held at the synthetic courts of the State Tennis Complex. Champion from the last AITA meet at Agartala, Khanna was leading in the opening set till 4-3 but eventually could not take advantage of the same and dropped the set by 4-6. In the second, it was Sagolshem who had an upper hand over endurance and pulled out the final by a straight 6-4,6-2.

In the morning and as per the schedule, trainees of the Tripura Tennis Association, divided into two groups based on their age and playing skills, experienced an on-court interaction with coach Rishi, an ex-coach of the Indian Sub Junior Boys Team.

Seeds have it easy at AITA U-12 tourney