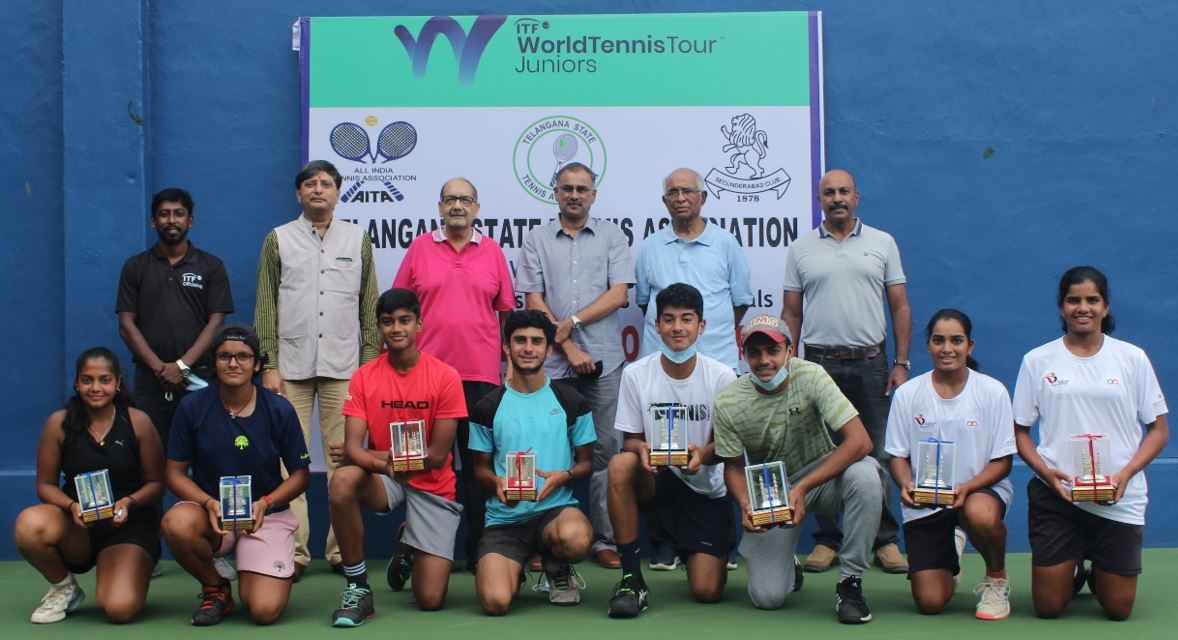 At the Raja Narsimha Rao Memorial ITF J4 U-18 Tournament hosted in Hyderabad, Aman Dahiya, ITF junior ranking 171st and his 15-year-old partner Rushil Khosla beat Dhananjaya Athreya and Deep Munim to lift the Boys Doubles title. The winning duo executed a power pack performance and consistently dominated their opponents throughout the proceedings of the finals which they won in straight sets of 6-1, 6-2.

In the Girls Doubles final, the 18-year-old Reshma Maruri ranked 351st in the the ITF Junior rankings along with her 15-year-old sister Suhitha Maruri (406th) defeated the competitors Shruti Ahlawat (266th) and fifteen-year-old Ruma Gaikaiwari in straight sets 6-3, 6-1.