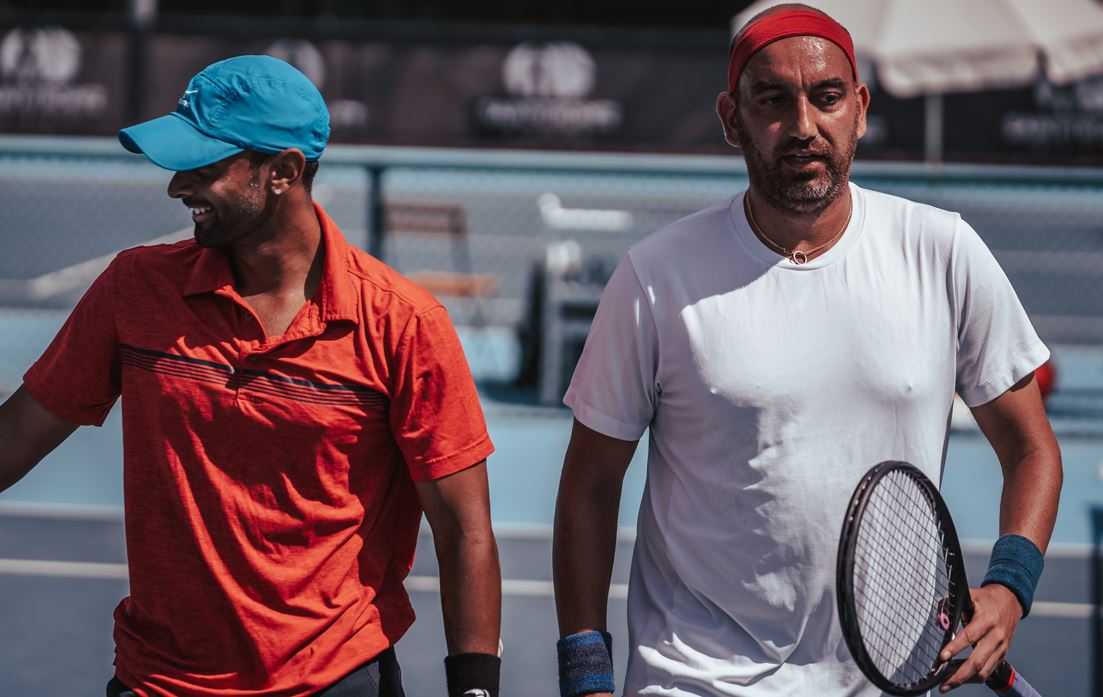 The all Indian pairings of Jeevan Nedunchezhiyan & Purav Raja and Ramkumar Ramanathan & N. Sriram Balaji had a successful start to their respective doubles campaigns and made a twin-win day for Indian tennis in doubles on the ATP Challenger Tour events in France and Spain respectively.

Coming back after a month-long injury layoff, Jeevan teamed up with Raja at the St. Tropez Open in France and defeated the home team of Mathias Bourgue and Valentin Royer in a three-setter 4-6, 6-2, 10-5.

Jeevan and Raja are seeded third in the French Challenger event and the duo will face another local team of Hugo Grenier Alexandre Muller in their quarter-finals match today.

Meanwhile, at the Rafa Nadal Open in Spain, the Indian team of Ramanathan and Balaji won their first round comprehensively in straight sets 6-2, 6-1.

It took the Indian pair only 50 minutes to wrap up the match against Fabian Fallert of Germany and Poland’s Piotr MatusZewski.

In the quarter-finals at Mallorca, Spain, Ramanathan-Balaji will battle it out against Chilean Marcelo Tomas Barrios Vera and his Spanish partner Carlos Comez-Herrera.

Before the Indian duo plays their quarters at the Rafa Nadal Open, India’s 204th ranked Ramanathan will also play his singles Round of 16 tie against fifth-seeded Austrian Sebastian Ofner, world rank 168. This is going to be their seventh match against each other and Ramanathan holds a 4-2 head to head advantage from their previous six meetings.

St. Tropez Open in Saint Tropez, France and Rafa Nadal Open in Mallorca, Spain are both Challenger 80 category tournaments on the Challenger Tour carrying an equal Prize Purse of € 44,820.