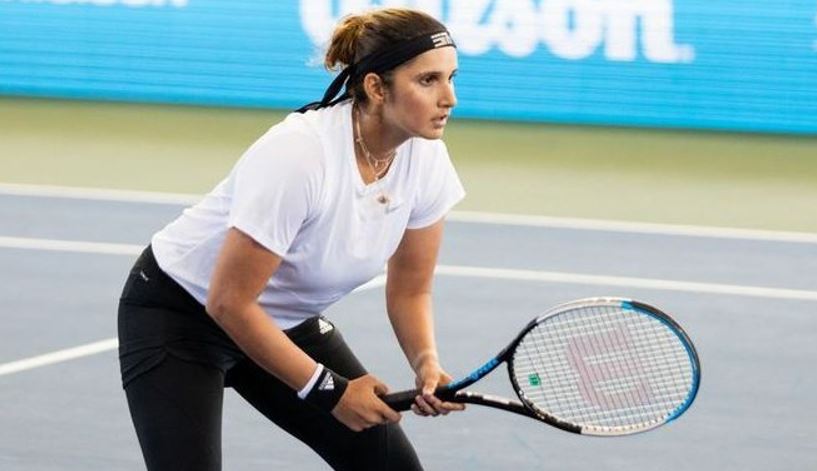 The unseeded pairing of India’s Sania Mirza and her American partner Christina McHale has marched into the doubles Finals of the WTA 250 event Tennis in the Land after defeating another unseeded duo comprising of Norway’s Ulrikke Eikeri and American Catherine Harrison in straight sets 7-6, 6-2 at Cleveland, United States.

The Indo-American team completed their win in one hour and 23 minutes.

The winners Mirza-McHale were trailing in the first set but put up a fightback to stretch the opening set and win it 7-6. In the second set, the winners cruised past 6-2 to register an emphatic semis win.

In her post-match comments, Mirza shed light on the importance of working on your dreams after becoming a mother as well.

“Where I come from, in that part of the world, it’s almost like when you have a child, it’s over. But I’m trying to tell people that it’s really not. It’s the beginning of a new life and you really can do whatever you want”, said Mirza with her son Izhaan standing next to her, holding her hand.

With this win, Sania Mirza has reached her maiden finals of a WTA Tour event in season 2021.

Her previous best came at the Qatar Open in March where she and her Slovenian partner Andreja Klepac bowed out at Semis stage to Nicole Melichar-Martinez of the USA and Dutch Demi Schuurs in three sets 5-7, 6-2, 5-10.

The winners Mirza-McHale are now slated to go against the number one seeded Japanese team of Shuko Aoyama and Ena Shibahara.

Photo: Tennis In The Land