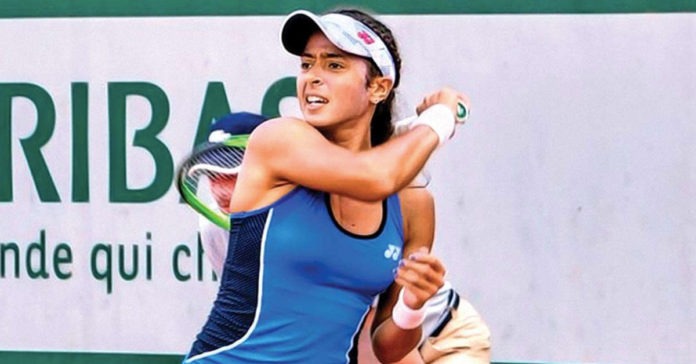 India’s Ankita Raina and Ekaterine Gorgodze from Georgia, pitted against the team of Taiwanese professional Hsieh Yu-chieh and Germany’s Mona Barthel, in the Quarter-finals of the WTA 125 Chicago event, lost in straight sets 7-5, 6-2 in one hour and 10 minutes long duel.

The winning Taiwanese-German duo won a total of 70 points while Raina and her Georgian partner could manage to win 47 points throughout the match.

During the course of the match, there were just three aces hit and all of them came off the rackets of the winners Yu-Chieh and Barthel. Raina-Gorgodze also committed five double faults whereas the winners kept the double faults to just one.

Before the loss at the Quarters stage, Raina-Gorgodze won against the second-seeded team of Renata Voracova of the Czech Republic and German Julia Wachaczyk to make it to the Quarter-finals after an intense three-setter 6-2, 2-6, 10-8