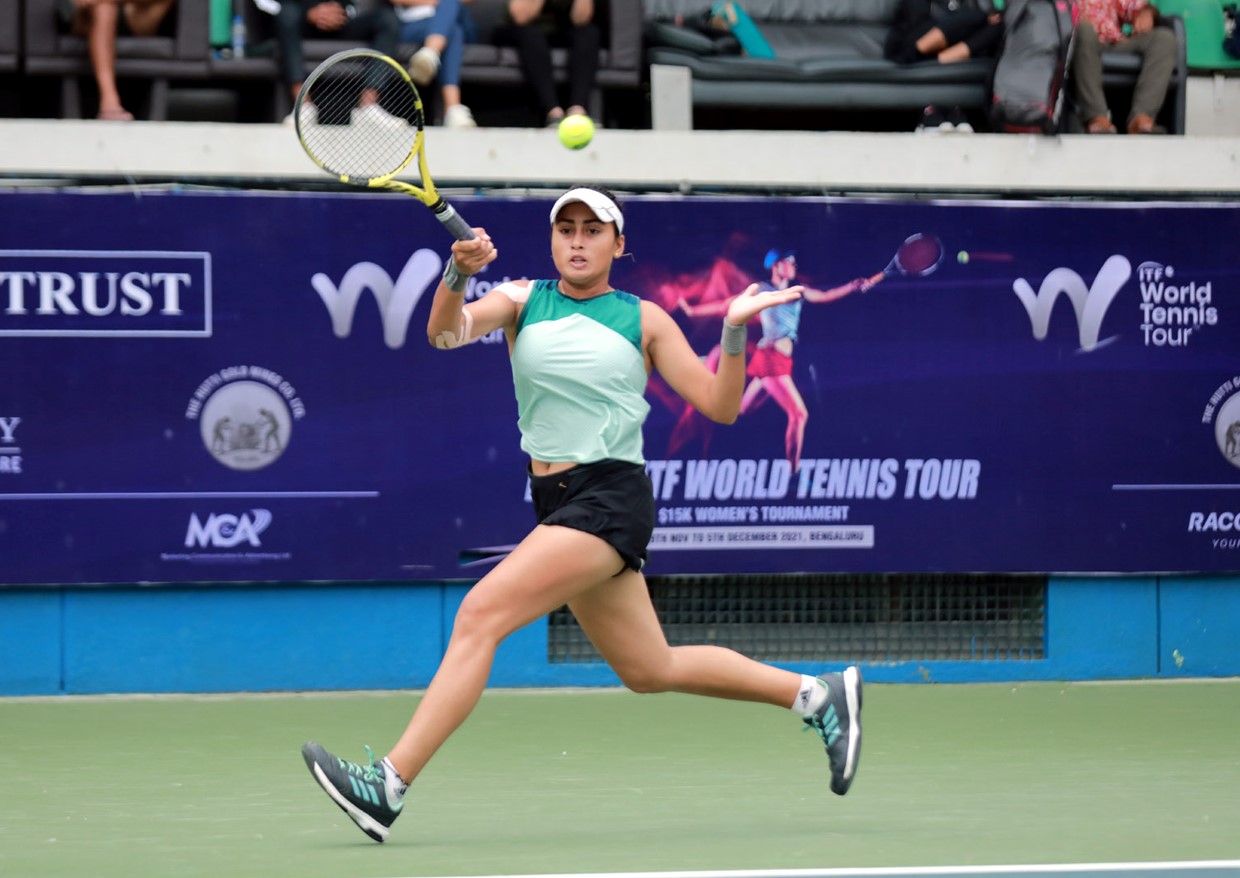 Akanksha Nitture took to tennis when she was just five year old. Her father, a tennis player himself, quit his job and took to coaching, with an aim to train his daughter. Thirteen years later, she played the biggest match of her ITF career thus far and that too with an upset victory over her experienced rival and eighth seed Sathwika Sama to reach the quarterfinals of the ITF Women’s $15,000 Bengaluru at the KSLTA here in Bengaluru on Thursday. The 18-year-old who went through two tough qualifying rounds before making it to the main draw, registered a 6-4, 2-6, 6-2 victory in a match that lasted a little more than two hours.

The other seeds remaining in the fray crossed the last 16 hurdle without much ado with top seed Rutuja Bhosale quelling the challenge of wild card entrant Reshma Murari in straight sets 6-3, 6-3 while third seed Sowjanya Bavisetty outplayed Soha Sadiq 6-2, 6-2. Pranjala Yadapalli, seeded fourth brushed past another wild card Yubarani Banerjee 6-3, 6-3 to make it to the last eight stage along with sixth seed Vaidehi Chaudhari who beat another qualifier Sai Samhitha Chamarthi 6-3, 6-2.

In a power-packed match, Akanksha did start off shakily losing her serve with two double faults and Sama took advantage in the next and fired an ace as well in the next game to go 2-0 up. However, Akanksha returned the favour winning the next two games and the pattern followed for the next couple of games as well to hand a 4-2 lead to Sama. However the Mumbai lass upped her game and was aided by unforced errors committed by opponent (three double faults in the eighth game) and won four games in a row to take the first set.

Keeping the momentum, the 21-year-old from Hyderabad, Sama won the first two games. However, with some superb serves, Akanksha not only fought back into the game but maintained the tempo and added the flavour of the drop shots as well to breeze through the next four games and emerge victorious.