Team India is off to a great start on day 1 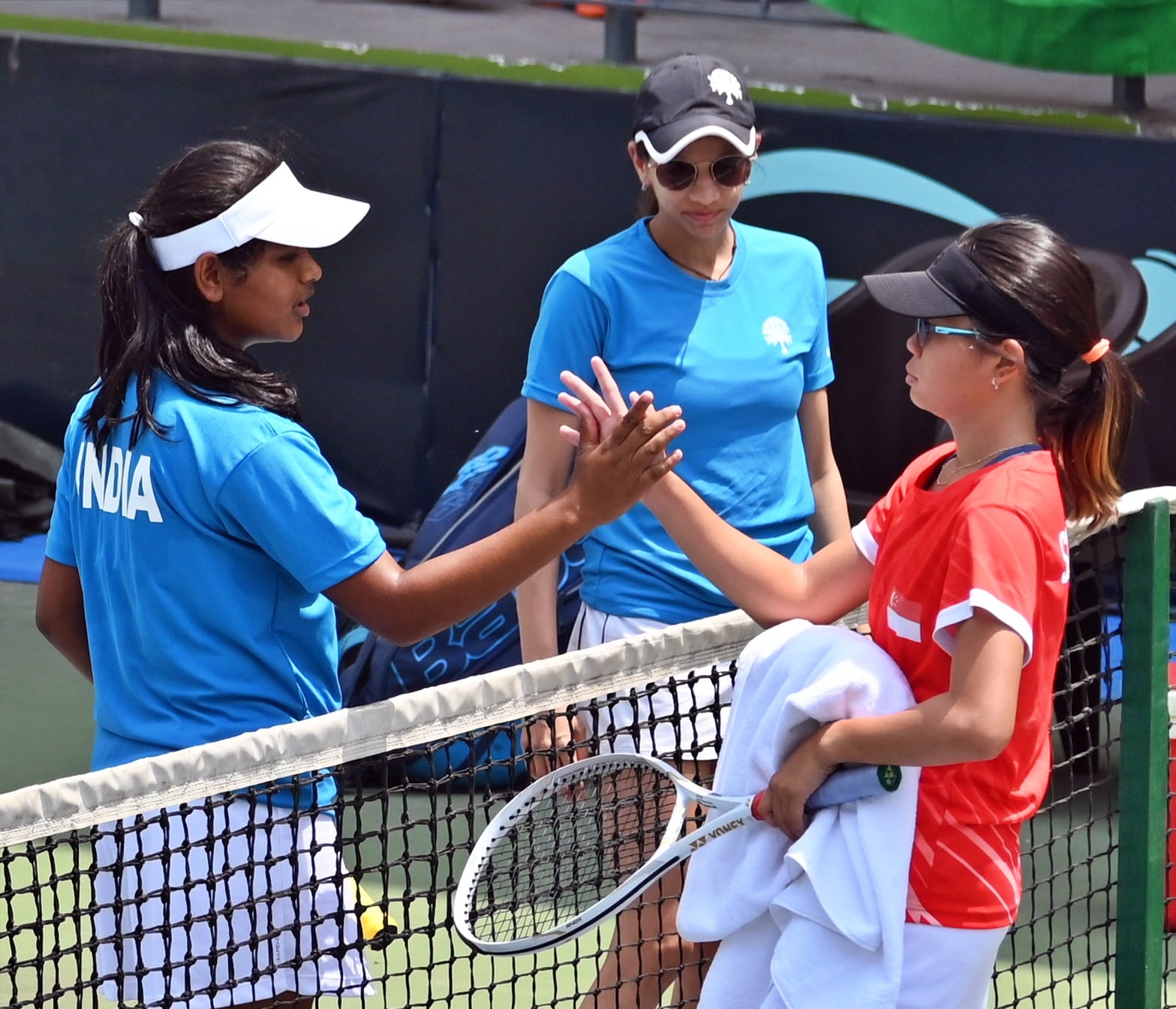 Team India is off to a great start on day 1

The host team India started the tournament superbly as they beat Singapore in both the singles and the doubles on Day one of the WJTC (U14 Girls) Asia/Oceania Final Qualifying 2022, here in R.K Khanna Tennis Stadium, New Delhi on Monday 18th April. Now India will play with Korea and Hong Kong in their remaining group league matches.

Today, in the first Singles the captain of team India Ms. Namita Bal sent Sohini Mohanty to compete with Singapore’s Saina Vaidya where Sohini’s dominance gave India an excellent start to the tournament and she won it 6-2 6-2. The story became even worse for the visitor in the second Singles when India’s Top seed Aishwarya Jadhav crushed Chanya Kai NG 6-0 6-0 to win the Tie for the host. The girls continued their fine touch in the Doubles where they completely overshadowed the Singapore 6-2 6-1 and ended the day on top. The captain looked so happy and satisfied after the doubles as she confidently quoted – “Girls played well on day one and if they continue to do well like this, I believe entering knock out stage is just a matter of time”

Apart from team India, all other winning teams also managed to defeat their opponents by a comfortable margin.