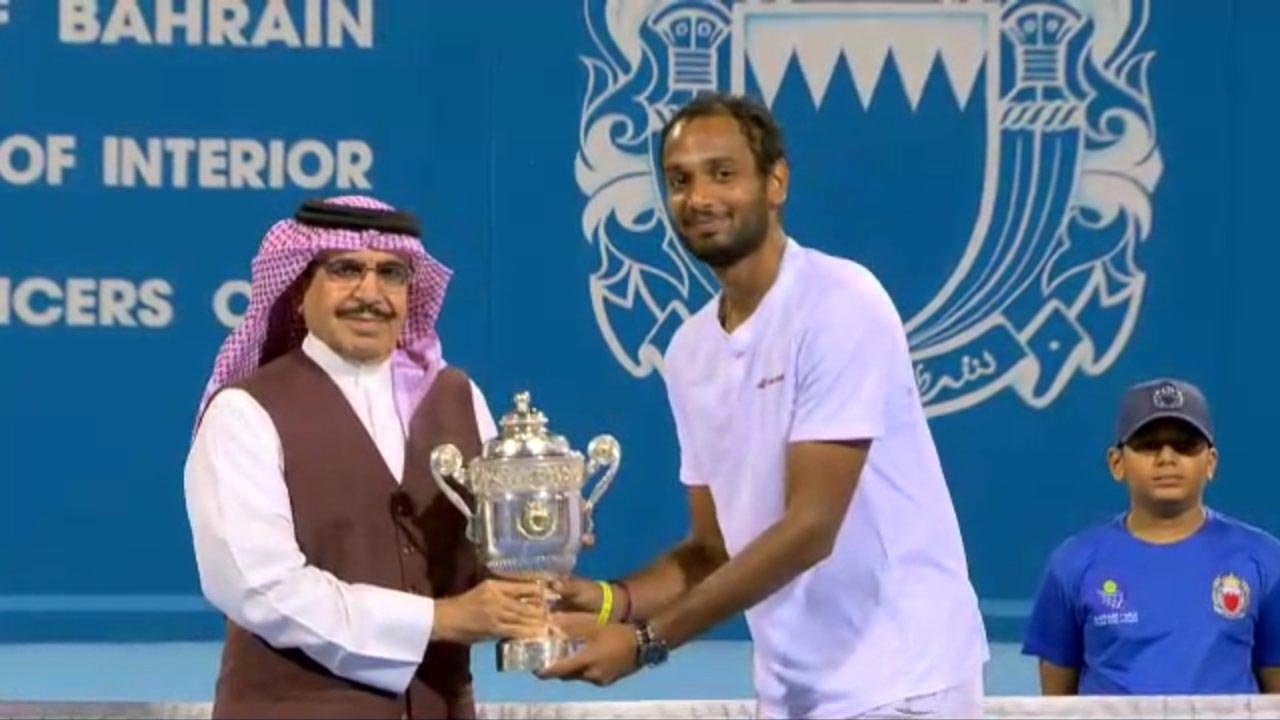 India’s Ramkumar Ramanathan won his maiden Challenger level singles title on Sunday, 12 years after turning a Pro, when he outplayed Evgeny Karlovskiy in the summit clash of the ATP 80 Manama event, here in Bahrain.

The 27-year-old Ramkumar, who had lost six Challenger finals in his career before, beat his Russian rival 6-1 6-4 in 68 minutes. Ramkumar, seeded sixth and ranked 222 in the world, sealed the first set when the Russian’s backhand return sailed over the baseline. This was after Ramkumar saved a breakpoint against Karlovskiy, ranked 302 in the world.

That was the only time he faced a breakpoint in the contest. The Indian served extremely well and his net game too was sharp.

The 80 ranking points earned will push Ramkumar back into top-200 and also make him the highest-ranked Indian on the ATP singles ranking chart.

He is likely to be ranked 186 and will surpass Prajnesh Gunneswaran (215) and out-of-action Sumit Nagal (219) when the chart is updated.