HomeUncategorized Ramkumar settles for runner-up finish again on his birthday

Ramkumar settles for runner-up finish again on his birthday 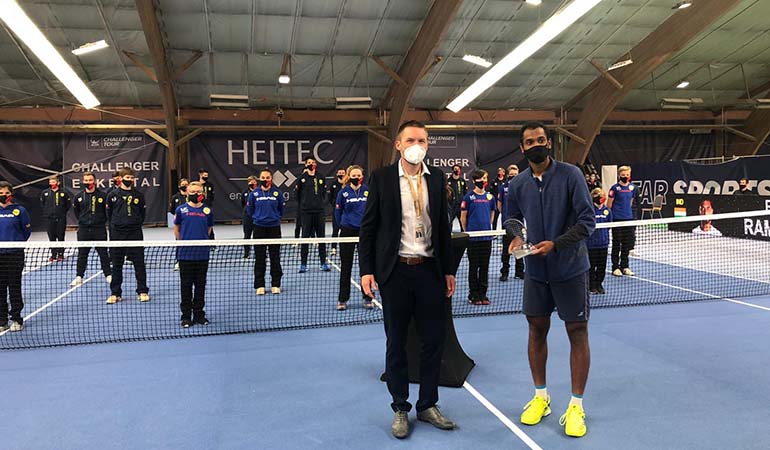 Ramkumar settles for runner-up finish again on his birthday

September 9, 2020 By aitatennis No comments yet

Indian tennis player Ramkumar Ramanathan yet again settled for a runner-up finish on the Challenger circuit, losing the final of the Eckental event to American Sebastian Korda yesterday.

The unseeded Indian, celebrating his 26th birthday, lost the summit clash 4-6 4-6 to his seventh seed rival, ranked 135, in one hour and 23 minutes.

It is now the fifth time that Ramkumar has not won a final on the Challenger circuit.

Nevertheless, it was Ramkumar’s best performance of the 2020 season for which he earned Euro 7200 as prize money and 60 points that will push him to 185 from 206 in the ATP singles ranking charts.

His serve also looked decent in this tournament and he won many points by charging to the net. Playing indoors also helped the Indian.

It was a tight contest, where killer instinct tilted it in favour of Korda, who has risen in ranks quite nicely since turning pro in 2018.

In the second set, serving at 4-4 and up 40-0, Ramkumar lost five straight points to drop his serve. Korda’s stunning service return winners showed he was hungry for this win.

Korda got to the match point with an ace, and clinched it when Ramkumar ‘s forehand return crashed on to the net.