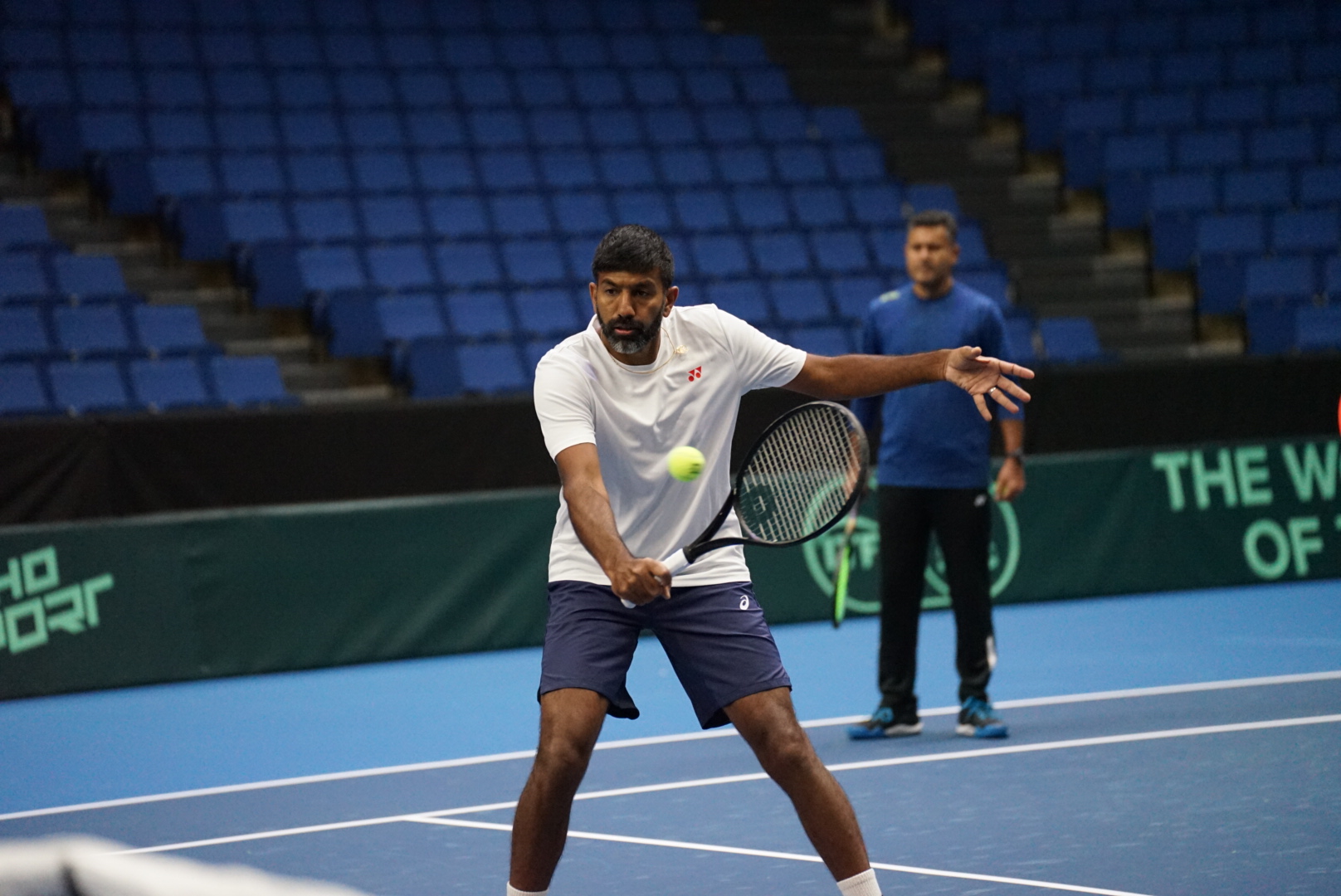 The Indian tennis squad was in for a pleasant surprise when it found out that the indoor hard court for the upcoming Davis Cup tie against Finland was not as fast as it was expected and carries low bounce.

The Indian players on Tuesday got a chance to practice on the match court, which has been laid temporarily on carpet at an ice-hockey stadium here and after the first hit, it turned out that it suits the visitors in a limited yet crucial way.

Non-playing captain Rohit Rajpal, before leaving for Finland, had said that they are expecting fast hard courts but realised that it’s not the case.

“What they have done is that they have pulled the ice out and put a wooden plank and laid the court over it, so the bounce is low that suits us but at the same time the slowness of the court does not suit us,” Rajpal said.

“The Europeans mostly play on clay courts which are slower, so they like to rally a lot and that is their strength. Our Indian players do not do that but low bounce will certainly benefit us and our strategy will revolve around that,” he added.

Asked how the low-bounce court would suit Ramkumar Ramanathan and Prajnesh Gunneswaran when they too have spent considerable time training and playing in Europe, Rajpal said because of their repertoire of shots.

“We can chip and charge, our players do that often. Both Ramkumar and Prajnesh hit flat and for that, the low bounce will be pretty helpful. You can’t do that on high bounce courts,” he explained.

Finland have higher-ranked players in both singles and doubles but Rajpal, for whom it will be his third tie as captain, said the Indians are in with a chance.

Finland’s top-ranked player is Emil Ruusuvuori, who is placed 74 on the ATP list while India’s best-ranked player Prajnesh Gunneswaran (165) is not even inside top-150.

The left-handed Indian had recently lost to Ruusuvuori on the Tour.

“On paper, they are a better-ranked team than us but this is Davis Cup, I say it is 50-50. It depends on how things pan out on the first day as well. To have a 1-1 score on day one is important for us. The doubles are going to be a crucial match for both sides.”

“As the days go on and we get to see more of our players, our strategy will be clearer. The team is looking in good shape, the boys have been playing on the Tour so they are sharp.”

The players have entered the bio-bubble where they are restricted to their apartments, hotel and the venue.