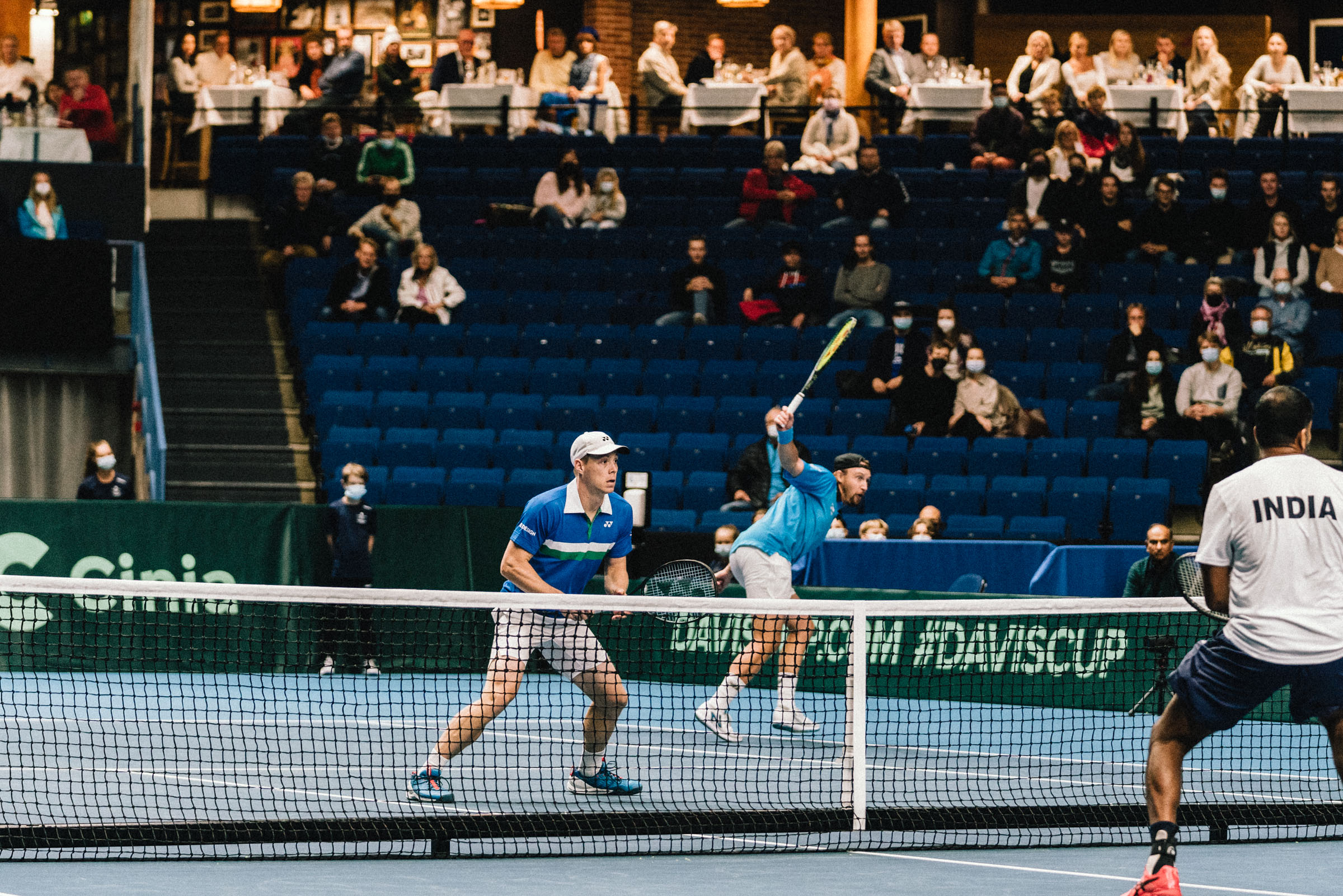 Rohan Bopanna and Ramkumar Ramanathan blew their chances in the must-win doubles match as India lost the World Group I tie 1-3 to hosts Finland in the Davis Cup at the Espoo Metro Areena in Espoo, Finland.

Captain Rohit Rajpal changed the doubles combination by pairing Bopanna with Ramkumar instead of left-handed Divij Sharan but they lost the crucial match 6-7(2) 6-7(2) to Henri Kontinen and Harri Heliovaara in one hour and 38 minutes.

Coming into the match down 0-2, Indians needed to win the doubles to stay alive in the tie.

Prajnesh later beat Patrik Niklas-Salminen in the dead fourth rubber 6-3 7-5, while the fifth match was not played.

India will now have to compete in the Play-offs next year to keep their place in the World Group I.

Heliovaara was considered the most vulnerable of all four players on the court but he raised his game by several notches and created a huge impact on the outcome of the match with his fearless approach.

The Indian, on the contrary, fumbled even when they had advantage as they up by a break and had four breakpoints in the eight-game of the second set but squandered the chances.

After doing all the hard work, the Indians cracked at crucial junctures.

Bopanna said the fact that the Finnish players have played together at a higher level made a difference to the match.

Bopanna also backed the captain’s call in changing the combination saying, he and Ramkumar were the right pair for today’s match.