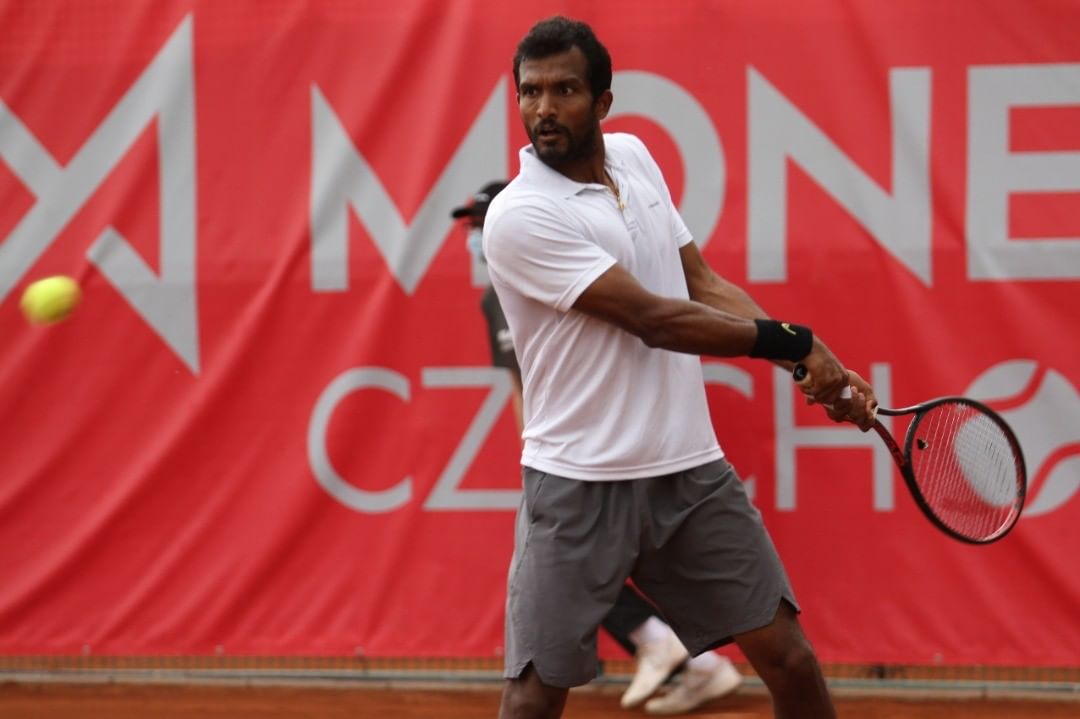 Doubles specialist N. Sriram Balaji along with his Swiss partner Luca Margaroli produced a thrilling come-from-behind win at the Ferrero Challenger Open in Alicante, Spain in their first-round tie against the American-Polish pair of Hunter Reese and Jan Zielinski. However, Ramkumar Ramanathan had to endure a tough loss in the singles competition against 17-year-old local hope Carlos Alcaraz.

Seeded third in the doubles draw, team Balaji-Margaroli had a nightmarish start to their campaign as they were blanked out 0-6 in the opening set by Reese-Zielinski.

However, the Indo-Swiss duo came back strongly to win the next one 6-3.

Both the pairs were neck and neck against each other in the tie-breaker but Balaji and Zielinski prevailed to seal the match 0-6, 6-3, 14-12.

They now await the winners of French pair Enzo Couacaud and Albano Olivetti and Spanish team of Sergio Martos Gornes and Mario Vilella Martinez in the quarterfinals round of the tournament.

Apart from Balaji, Purav Raja (world no. 117 in doubles) and Ramkumar Ramanathan (109th) are the other two Indians in the doubles draw and together they form the number one seeded team.

Being played in Alicante, the Ferrero Challenger Open offers 80 points per doubles team to the winner and €2,670 as prize money.

In the singles draw, India’s Ramkumar Ramanathan who is ranked 207th in the world lost to a lower ranked opponent Carlos Alcaraz (158th) 6-7, 6-7 in one hour 46 minutes.

#India‘s @ramkumar1994 goes down to 17-year-old local lad Carlos Alcaraz in the Round of 32 of the #FerreroChallengerOpen at #Alicante, #Spain. #AITATennis | @ATPChallenger pic.twitter.com/JL9pZgEka0

Ramanathan managed to win total 72 points in the match against Alcaraz’s 79 which proved to be the deciding factor in the outcome of the closely contested first-round match.

Highest ranked Indian male tennis player, Sumit Nagal, was defeated by Serbia’s Laslo Djere for the second time in as many weeks in Italy.

Nagal and Djere met last week in the second-round of the Parma Challenger event where the 127th ranked Indian suffered a defeat in three sets to his higher ranked (73rd) Serbian opponent 5-7, 6-4, 4-6.

At the €271,345 Fort Village Sardegna Open – an ATP 250 event which is added to the 2020 provisional schedule due to the COVID-19 pandemic, India’s Nagal had entered the main draw via qualifiers route.