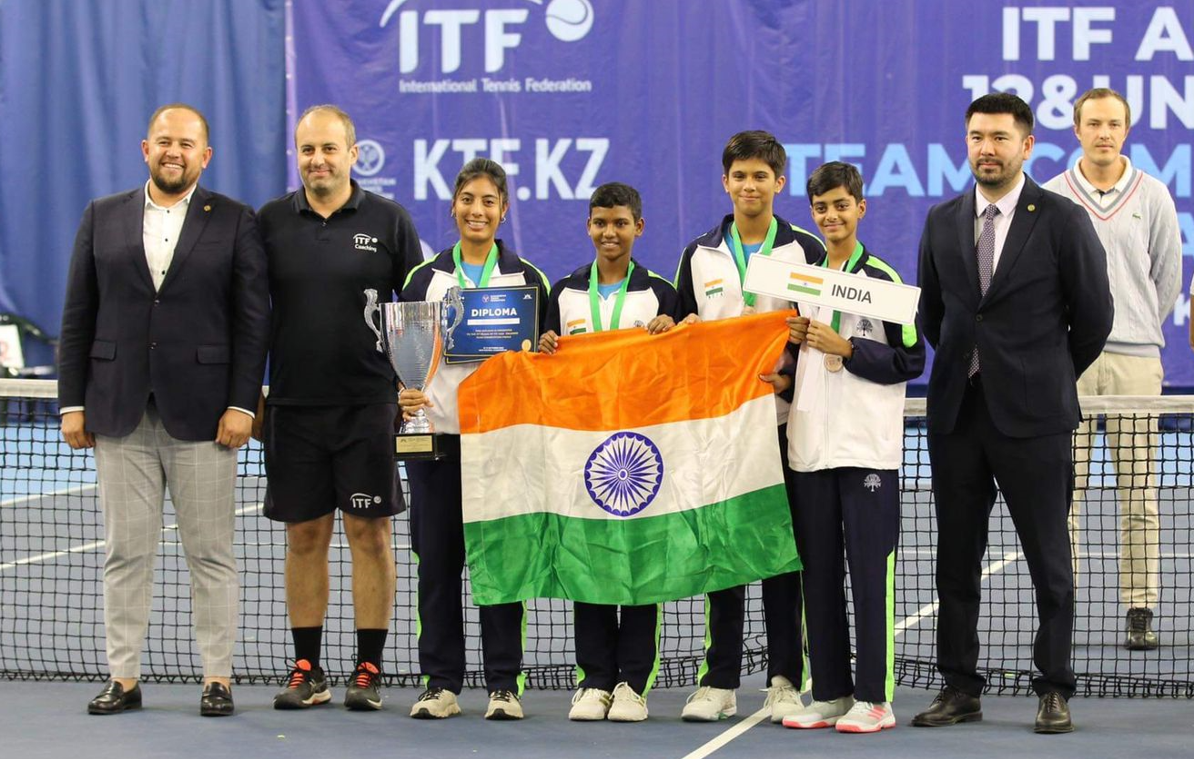 We are elated to share with you the news that team India (U12 Girls) clinched the Bronze Medal in the recently completed ITF Asia 12&U Team Competition 2022-Finals, held in Nur-Sultan, the capital city of Kazakhstan.

A total of Ten teams from South-Asian countries were featured in the tie including team India, which consisted of Prachi Malik of Haryana, Anandita Upadhyay of Haryana, Aahan of Odisha and Ms Shivika Burman, who had been nominated as the captain of the team.  The Indian girls overpowered Chinese Taipei in the last match (2-0) and justified the Bronze medal. Thailand and the host Kazakhstan were the other two teams to win the Gold and Silver respectively.

Kudos to our players and to all the others including trainers, coaches, physios, ground staff, and others who are doing their jobs fabulously behind all these results.

Special thanks to all our state affiliates for having back-to-back tournaments for all the age groups, which are helping players to deliver on the bigger stage.

We wish them the very best in their future endeavours and hope they will help the Indian flag to fly higher on the world stage.