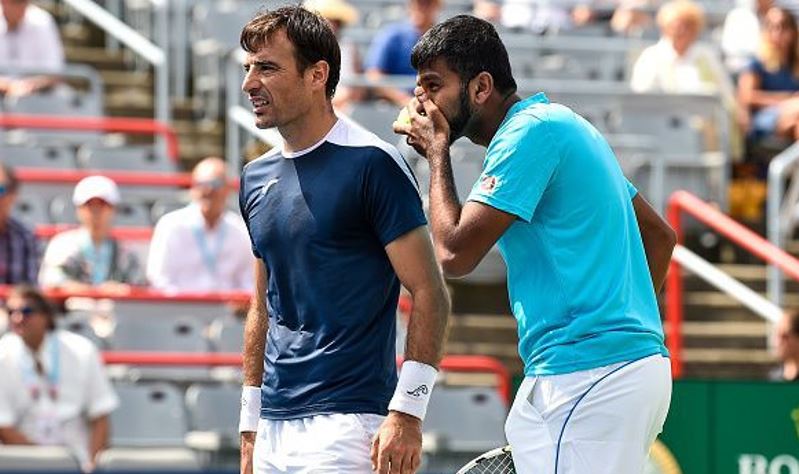 Rohan Bopanna from India ranked 49th in the world (in Doubles) and his Croatian partner Ivan Dodig, ranked 11th, advanced to the quarter-finals of the $3,487,915 ATP 1000 Masters Tennis tournament, Canadian Open in Toronto by defeating Italian-Argentine pairing of Simone Bolelli and Maximo Gonzalez by settling the match in straight sets 6-4, 6-3 in the second round.

During the match, Bopanna and Dodig produced six aces against their competitors who could manage just one. Furthermore, the winning duo converted both the breakpoints opportunities while their rivals failing to convert even one.

In their first-round outing in the doubles draw, the duo had beaten the Italians Fabio Fognini and Lorenzo Sonego 6-4, 7-6(4).

The eighth-seeded Indo-Croatian team will face the third-seeded duo of America’s  Rajeev Ram and Joe Salisbury of Britain, in the doubles Quarter-Finals of the Canadian Open 2021 today (tomorrow at 12:10 am IST).